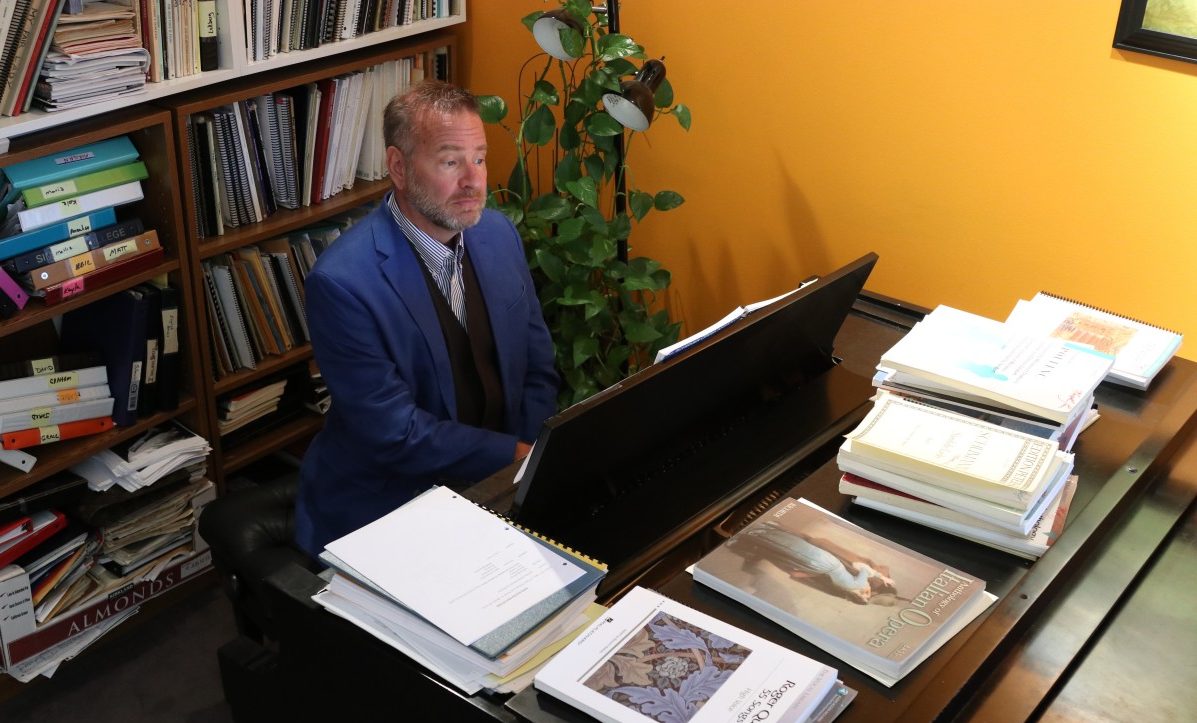 Matthew Lau, assistant professor of music at Simpson College, had the life many can only dream of: a Grammy Award-winning recording artist living in New York City and traveling the world.

Now he continues to perform while teaching in small-town Iowa. One course he’s devoted a lot of time to is his Simpson Colloquium course: the American musical and diversity.

Nineteen students are enrolled in his SC course. Not all are music majors. Lau has the most diverse class he has ever taught or seen, he said.

His SC Leader, Annelise Minnick, also noticed the diversity within the class.

“This class is great because we have several students who don’t really have any experience with musicals, and I couldn’t ask for a better way to learn about musical theatre and how it is ingrained in our American history,” she said.

Lau taught this course two years ago under a different course title and with less emphasis on diversity.

In 2017, he was awarded a research grant, which allowed him to travel to the New York Library for the Performing Arts in New York City and the National Museum of African History and Culture in Washington, D.C.

He dug through the archives and used his research to revamp the course. It will help students understand the challenges and changes to the performing arts based on the societal factors of the time, he said.

It also places emphasis on six of the most influential pieces in the development of American musicals and their diversity, starting in 1927 with “Show Boat” and ending in 2015 with “Hamilton.”

“I think this will help them maybe be a step ahead, more engaged, more ready to shoot those things down when they appear, especially because I believe this class is very diverse in many different ways, and I feel like they’ll be ready to take on whatever’s thrown at them,” she said when describing how the diversity component can help students. “I feel like this will help them see how kind of tortured our past is and that not everything has been pretty.”

Freshman Star Pralle, an English and secondary education major, recognizes the importance of diversity in the course.

“I am looking forward to learning about the impact on society musicals,” she said. “At the end of the semester, I hope that I will have a better understanding of the artistry of the American musical and the varied factors, including diversity, that influence each show before opening night.”

Lau said he expects Broadway to significantly change in the coming years to reflect the increasing diversity in the U.S.

No matter the status of the industry, Lau’s extensive career allows him to share wisdom with his students.

Lau was introduced to Simpson about 27 years ago through a performance. He came back to the area for about 10 different roles and became well-acquainted with the college and music department.

When a teaching position opened up eight years ago, he couldn’t turn it down.

Before Simpson, Lau spent his early adulthood finding his calling. In high school, he said he became addicted to theatre.

“I really didn’t think it’d be a career choice at all,” he said when thinking back on his opera career. “Music made sense to me, and I knew I loved theatre. I didn’t quite know there was a medium where both of those come together in musical theatre.”

It wasn’t until college when he was first exposed to opera – an art form he is now internationally known for.

Opera was prominent at Indiana University, where he earned his bachelor’s degree in music and theatre, so he was forced into it.

“Much to my surprise, I thought my career at that point would be in musical theatre, but my voice sort of chose for me, and my voice became more operatic sounding,” Lau said.

After Indiana University, Lau received his master’s degree from Eastman School of Music in Rochester, N.Y.

For the next 30 years, Lau called New York City home while he traveled across the country to perform opera and musical theatre.

“I loved it. I hated it. It was utterly thrilling. It was, at that time, necessary for a career in the performing arts,” Lau said when describing what it was like to live in the busy city.

Lau said his purpose for living in New York City was for him to get jobs that took him outside of New York.

And he accomplished that. By age 35, Lau had performed in every state in the U.S.

“My goal was to stay happy, to stay performing things which brought happiness, and performing did until the point that I thought I saw the end of where my talent could take me,” he said.

But doors kept opening for him.

Lau is an internationally recognized opera singer and featured on the recording, “Elmer Gantry,” which won two Grammy Awards.

“It was a whole lot of fun,” Lau said. “It was also one of the most stressful things I’ve ever done in my entire life.”

Eight years ago, Lau’s life changed when he became a professor at Simpson. He spent less time performing and more time teaching.

He made a promise to himself that he would never leave his students without an instructor, so now he only performs during school breaks.

Not only does a taste of performing keep Lau in the industry, but it helps him become a better teacher, he said. He learns new information, is reminded of what good singing sounds like and forms connections that can be useful to his students.

His students notice his achievements.

“I’m open and honest about my successes and failures,” he said. “For me, one of the most important things to develop – in addition to outside interests – place your focus not on getting the first job with any company, but when you arrive at the job, making yourself somebody that they want to have back.”

Lau said this mentality helped develop his reputation as a performer.

He is still living by the goal he set 30 years ago: happiness.

He balances several passions at once. But he said this isn’t a point of arrival; it’s something he must maintain. His desire is to keep learning and bettering himself, not only for performances, but for teaching as well. 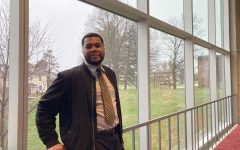 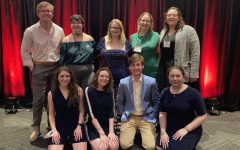 Speech and Debate successful in the Sunshine State 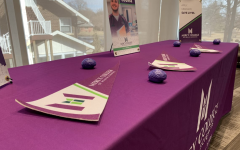 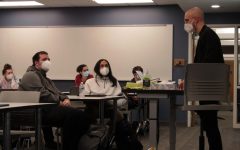 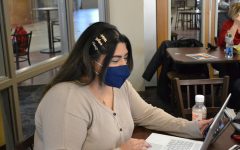 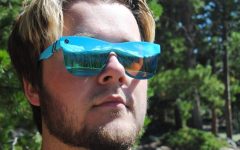 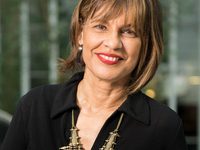 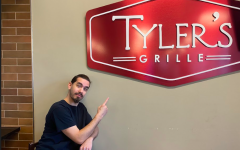 Staff Spotlight: The man behind the counter, Tyler from Tyler’s 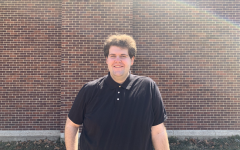 Senior Spotlight: Spencer Davis, ready for a cap and gown