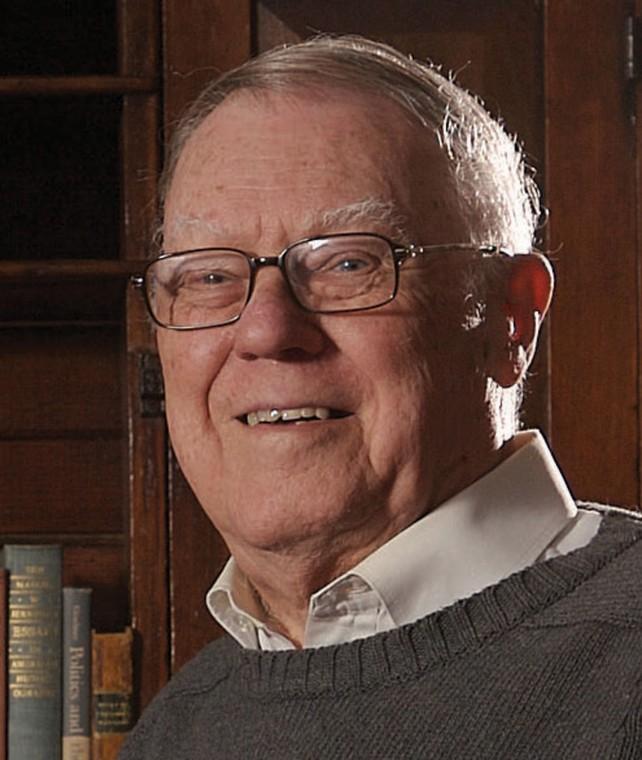 Every faculty member has seen Simpson grow and change throughout the years, and in honor of its 150th year three faculty members speak out about their own Simpson experiences.

Joe Walt, a retired history professor, wrote Beneath the Whispering Maples after being appointed to write a book in relation to the history of Simpson.

As a professor at Simpson College, Walt not only enjoyed teaching, but the students as well.

“The kids were responsive,” Walt said. “I really appreciated that, and I enjoyed the way Simpson liked me to teach.”

Walt’s educational experience began in Beverly Hills, Calif., where he was born and raised. Attending the University of California – Los Angeles, Walt studied history, pledged to Sigma Alpha Epsilon and studied with celebrities such as Shirley Temple.

After completing his first three years at UCLA, Walt served in the Navy during Pearl Harbor. He then attended the University of Tennessee earning his master’s and later Northwestern College for his doctorate.

Teaching at Simpson was different from the colleges he previously attended. The small class sizes, personal relationships between the students and staff and the welcoming atmosphere of the campus appealed to Walt.

With the celebration of Simpson’s 150th year, Nancy St. Clair, professor of English, chair of humanities division and chair of women and gender studies, has witnessed an evolving change in diversity, gender and international studies.

“It shows that students are taking what they have learned in the classroom and trying to apply it to their lives, so learning is not just abstract,” St. Clair said. “That’s exciting to me.”

St. Clair attended Cornell College in Iowa, earning a bachelor’s in special studies where she was able to design her own degree with a focus on literature. Later attending the University of Iowa, St. Clair earned a Ph.D. in English.

After teaching for 22 years at Simpson, St. Clair has witnessed change and growth both in numbers and intellectually. When first joining the English department, St. Clair was once a gender minority among male professors. Now, women have integrated into every department.

Brian Steffen, professor and chair of communication studies, has been teaching at Simpson for 21 years. Steffen left Iowa State University with a bachelor’s and master’s degrees before attending the University of Iowa for his Ph.D.

Like Walt, Steffen was attracted to the small town atmosphere of Simpson College.

“We have the small classes, the one-on-one relationships, the one-on-one attention and over the years I’ve really come to appreciate that and have really enjoyed working in that kind of environment,” Steffen said.

Throughout his teaching experience at Simpson, Steffen has witnessed growth in the college by an increase in students, staff, facilities and national reach.

“I think we’ve done a lot of great things within just the last 20 years, and I think you’re going to see a lot of really new and integrated things happen here over the next five to 10 years,” Steffen said.

All has been made possible at Simpson College through the devotion of faculty, staff, students, and community. With the 150th year of Simpson College, a chapter comes to conclusion while another begins to unfold.