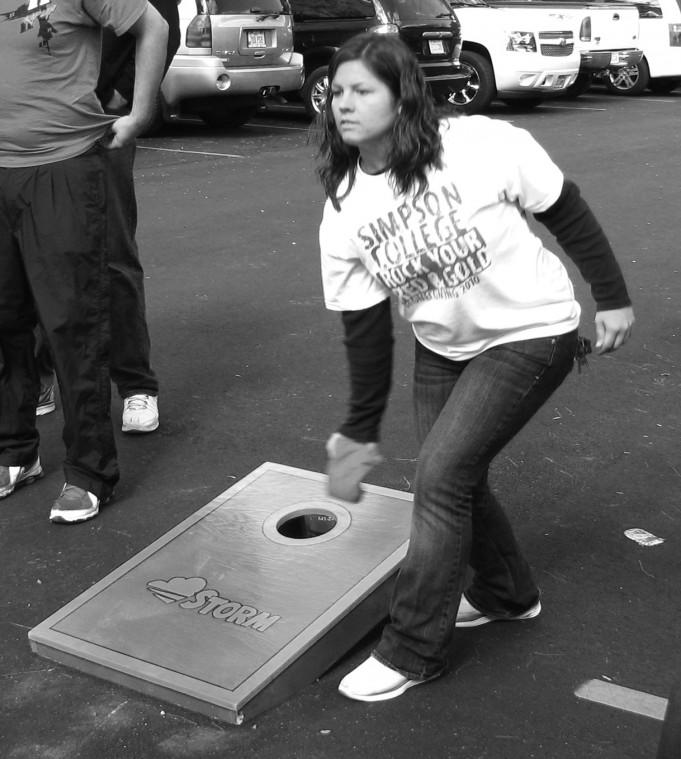 Simpson Intramurals boast nearly 82 activities ranging anywhere from sand volleyball to Uno and offer an escape from studying or boredom without taking up as much time as a full sport.

Nicole Darling, assistant director of student activities/intramurals, oversees many of the organizational tasks involved in the program. A significant portion of campus is involved in intramurals currently, with even more likely participants to come later on in the year.

“We’re around the 200 mark, a good-sized group,” Darling said. “In the fall sand volleyball is probably the most popular, and anything outside is popular especially when it’s nice.”

All of these activities are paid for and maintained by SGA in their yearly budget, making them student-funded and operated. Some students also act as referees or judges in the various programs.

“We’re definitely appreciative of that [funding],” Darling said. “A lot of it, close to 90 percent, goes back to the students in T-shirts, awards [and] new game pieces.”

This is somewhat different from larger schools that have intramural programs where they charge the student body both to run the programs and then an additional fee to sign up for specific activities.

“At a DIII school like this you don’t have an entry fee. You don’t have to pay to lose, or pay to forfeit. Anyone can pick it up and play,” Darling said.

Junior Daniel Schneider, on Darling’s staff as both an umpire and referee, enters scores and information into the intramural database and finds the system to be much better for students, especially those who are new to campus and do not have any teams of friends lined up yet.

“If somebody wants to sign up for a sport but doesn’t have a team, they create a profile on the IM League’s website and join a sport as a free agent,” Schneider explains. “This enables us as workers to create more teams as well as for the individual to make new friends.”

Tayler Buresh, a junior intramural staff member, talked about the program’s past and where it should head in the future.

“I would like for intramurals to continue to bring new and interesting games to Simpson College,” Buresh said. “Over the past several years we have brought in some new sports that show a lot of promise and I would like to help continue that.”

To anyone sick of the constant grind of studying, intramural sports offer are appealing options.