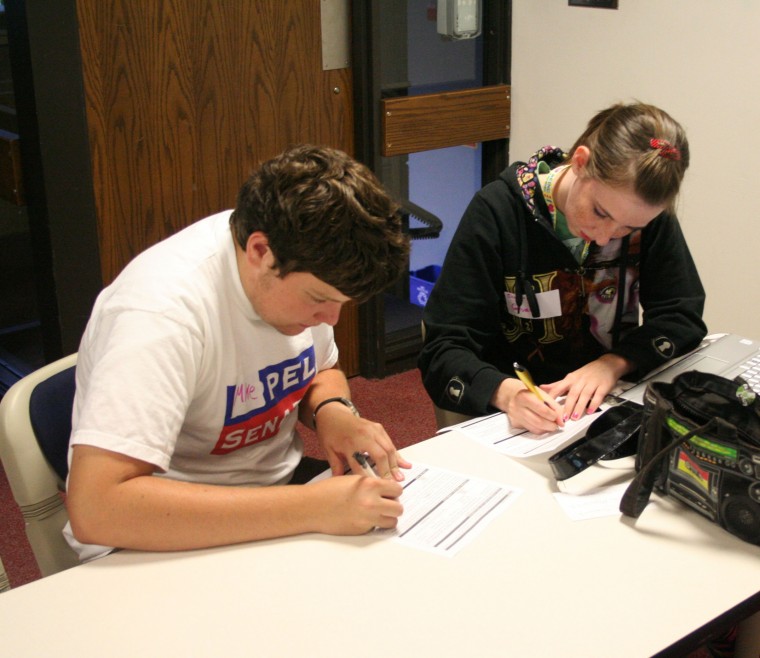 Over campus each year we read the e-mails, attend the Halloween fashion shows and show up to watch the entertaining drag shows. Yet, across campus many don’t really know much about the group Lesbian, Gay, Bisexual, Transgender, Queer/Question Allies, more commonly known as LGBTQA.

This group strives to make our campus a safe place for any person regardless of his or her sexual orientation. LGBTQA feels it is important for all students to have a place to talk about matters without judgment.

There are four offices held within the group, but they still consider themselves to be one of the smaller groups on campus. Senior Meagan Gamble said that the biggest thing LGBTQA tries to provide is a place for students to go and gain information.

“We want to provide a safe space for questions students might have. [That] is most important,” Gamble said. “The atmosphere is very welcoming and completely open for all students. However you identify yourself is not a priority. We don’t label people or put them in a box.”

Aside from what LGBTQA does for our campus, they also spend a lot of time volunteering for One Iowa Political Action Committee, who represents the political branch of One Iowa.

One Iowa PAC is an organization protecting and promoting gay and lesbian couples in the pursuit of marriage in the state of Iowa. Volunteers make phone calls to find supporters and inform them of the different ways they can get involved and vote to save this amendment.

President of LGBTQA Cory Keasey has been working to get the campus community involved with the groups efforts alongside One Iowa PAC.

Freshman Mike Henry is also a member who is working close with One Iowa PAC and recruiting volunteers for its phone bank.

“Under the Equal Protection Clause everyone has the right to marry,” Henry said. “There is a strong push by a lot of republicans running that are under an anti-gay marriage ballot. We are fighting to prevent these people from being in office because Iowa has one of the best systems to make a constitutional amendment. In order for it to be overturned the constitutional amendment has to be passed in the Senate and the House twice. “

LGBTQA will continue working with One Iowa PAC until the election Nov. 2. Phone banks are held every Tuesday from 6 p.m. to 9 p.m. and Saturday 1 p.m. to 5 p.m. Anyone interested is encouraged to get involved.

LGBTQA holds meetings every Wednesday at 8 p.m. in the Women’s Resource Center. If you are interested in being a volunteer for One Iowa PAC please contact Mike Henry at [email protected]