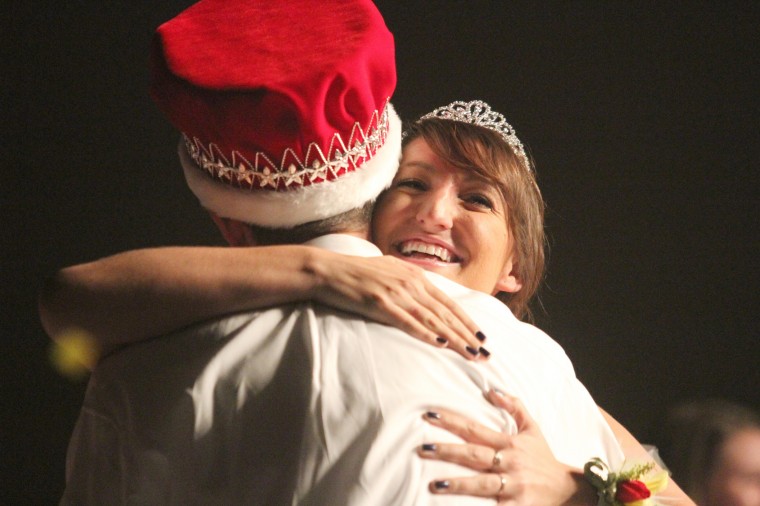 Simpson students prevailed in making this year’s Homecoming a thundering success while embracing the new changes made to Yell Like Hell.

Yell Like Hell, which is normally located in Hopper Gymnasium, took place in Cowles this year due to an engineering study that showed Hopper’s running track was holding over capacity for the event.

Furthermore, Assistant Dean of Students Rich Ramos said that more space was needed since Homecoming and Family Weekend fell on the same date.

“It’s a great opportunity for families to come see something that’s a really cool tradition at the college,” Ramos said. “We wanted to make sure everyone could see it.”

This year’s Yell Like Hell boasted a new light display to “take it up another level,” as well as new performances from groups such as Simpson’s drumline and First Year Council.

Junior Tyson Wirtz, who is a member of the winning team Sigma Alpha Epsilon, said Yell Like Hell turned out nicely.

“It was really cool to have the additional lights and sound and I think that every group rose to the challenge and put on awesome, loud Yell Like Hell routines,” Wirtz said.

“One of the best parts of Homecoming for me is having almost everybody on campus,” Tierney said. “There’s nothing better than having the whole campus around for an awesome weekend.”

Wirtz agreed with Tierney, saying that Yell Like Hell added a lot of liveliness to Homecoming week.

“I love watching everybody get pumped up and filled with spirit and the environment is incredible,” Wirtz said. “I love being able to perform with my best friends and instill a sense of Simpson pride into the student body.”

Kurt Ford found the medallion, which had been hidden underneath a sink in the Art Studio at the Physical Plant, on Friday.

Ramos said ideas for next year’s Homecoming include using microphones on the floor and creating a bigger and better light display for Yell Like Hell, as well as continuing the use of participation points for activities such as flag football that will be added to a team’s overall score for Homecoming events.