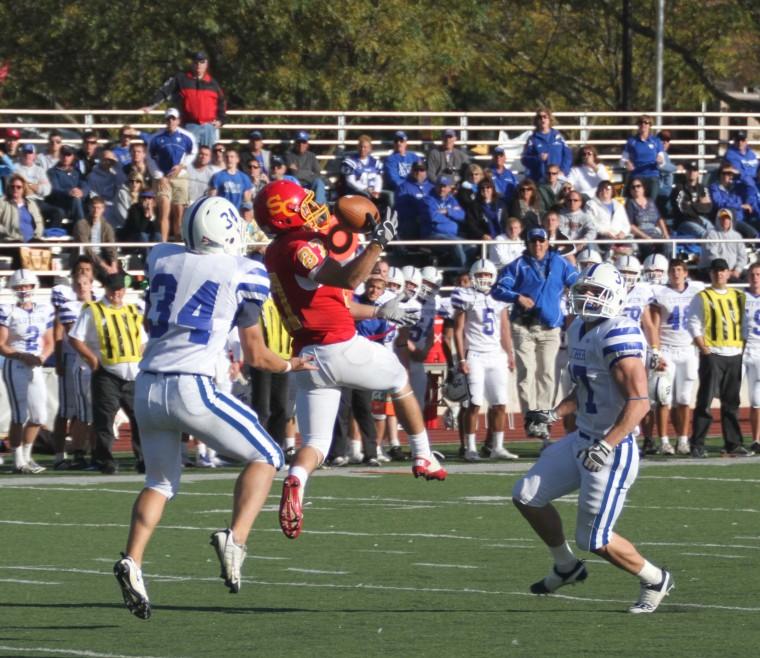 The Storm found itself down by 18 points before scoring 14 and seven points in the third and fourth quarters respectively. With just over one minute of play remaining in the game and after a sack for a loss of five yards, freshman quarterback Taylor Nelson’s pass was intercepted by Luther’s Josh Patterson.

The football team ended up losing the game 24-30.

“I am extremely proud of the kids effort and attitude,” Head Football Coach Jim Glogowski said. “To hang in there after being down 21-3 and be in a position to win the game at the end was very positive.”

Simpson found itself down 14-0, but at the beginning of the second quarter was able to put an eight-play offensive drive together to end with a 45-yard-field goal by junior James Gale.

After halftime, the Norse came out stronger than ever and finished the game with 397 total offensive yards compared to Simpson’s 315. Simpson’s Michael Chia rushed for 48 yards averaging 4.8 yards per carry. Nelson connected for 19-36 passing with one interception for 225 yards. Freshman wide receiver Brad Vogel pulled down 83 yards worth of catches along with a touchdown while sophomore wide receiver Taylor Rogers grabbed 65.