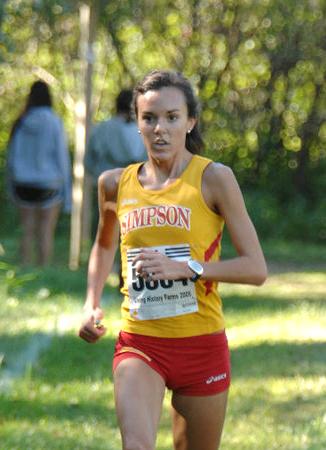 After three different meets, the men’s and women’s cross country teams continue to turn corners with its outstanding performances.

Both teams have yet to face many conference opponents, but have still turned in some of the better times in the conference.

The head cross country coach for both the men’s and women’s teams is Brad Hofer, who is in his fourth season coaching the Storm. He has been impressed with the way the team is getting along overall.

“This is the best team unity and team attitude I’ve seen since being here,” Hofer said. “The drive to be great is fantastic and improves every day.”

The men’s team is without senior leadership, but this has not held them back. Juniors Ryan Edwardson and Matt Stone have stepped up to the challenge.

“We know that what we do this year is something we can build off of and then use to propel us to better things in the future,” Stone said. “We know we can do great things and we are doing all we can to make sure they happen.”

Edwardson, who was sick at the beginning of the season, came on strong Sept. 24 at Augustana to finish 24th overall out of 375 runners. As a team, the Storm finished 9th out of 24 teams, which included competition from Division II and junior colleges.

Freshman Joe Farrand has also added his talent to the team despite having experience in only track and not cross country. In the first two meets of the year, Farrand finished in the top place for the Storm, including a 2nd overall finish at the Central Dutch Invitational.

Unlike the men’s team, the women’s cross country team has seniors Andrea Benson, Ashley Drogo and Catie Ellingson. The women have only seen one conference opponent in Cornell in three meets. This leaves Ellingson curious as to how the conference meet will go.

“I think we’ve done well to this point but it’s kind of hard to tell because we haven’t raced a lot of conference schools,” Ellingson said.

Through the first two meets, Ellingson has finished first and third against teams from all NCAA divisions.

“Catie has made great strides,” Hofer said. “She has been running as fast as last year and has yet to lose to a D-III opponent.”