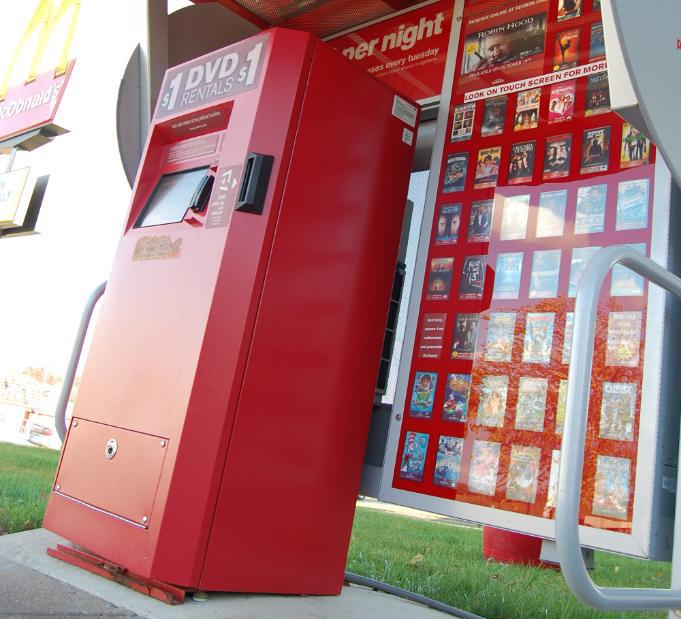 A DVD rental kiosk on campus is being considered by the Student Government Association (SGA) as a way to spend this year’s excess budget, but many major questions remain unanswered.

The rental system would be similar to Redbox, a machine that gives the user a DVD for 24 hours and charges a debit or credit card. The DVD may be checked out for longer with additional charges to the card.

“We are interested in bringing something new to campus that students would really enjoy,” Sophomore Class President JoAnna Freeland said .

Select members of SGA, including Junior Class Senator Hannah Patrick, are in charge of this project.

“We have been in contact with off-brand DVD kiosk companies,” Patrick said. “Questions are still unanswered, such as whether the price would be a one-time fee or a yearly rental, how soon it can be installed, and whether there is a minimum time commitment.”

Many members of SGA realize the benefits and popularity it would gain from students throughout campus.

“We are trying to provide a convenience for students,” said junior Tyson Wirtz, student body vice president. “It would obviously be nice to have a movie rental right on campus. Also, it would help students who don’t have cars and it would prevent people with cars from driving, which hurts the environment.”

Senior and Student Body President Macy Koch thinks the benefits of putting a rental system into operation on campus outnumber any arguments.

“A possible drawback that we’ve heard from students is that it will limit interactions with the town by not supporting local businesses,” Koch said. “However, I think that students will still interact in town just as much.”

SGA’s main goal is to keep campus thriving and its students satisfied.

“I think that if the student body wants it it’s a good investment for SGA,” Koch said. “Nothing has been set in stone yet, so if students don’t want it now is the time to let us know.”