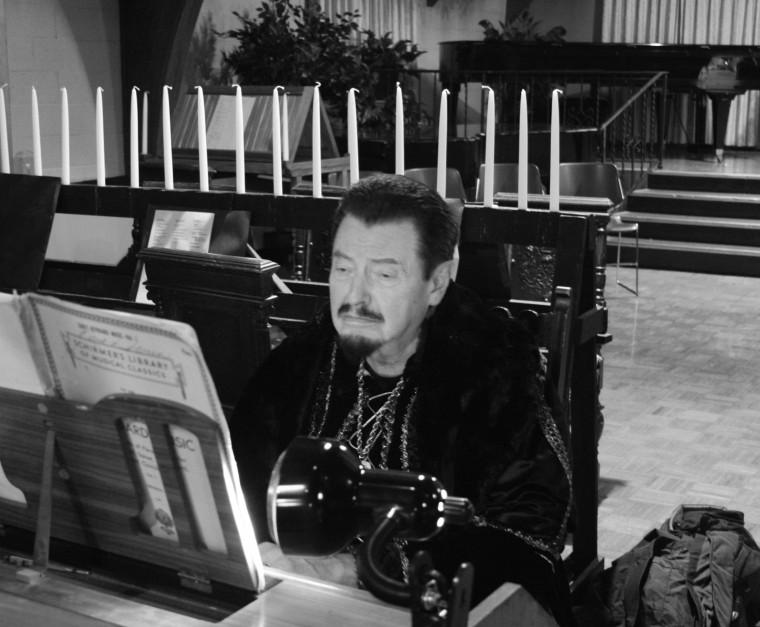 Wreaths and flags hung from the ceiling in Great Hall during the Madrigal Christmas Dinner, and the candle-lit room was filled as a delicious dinner was brewing downstairs. Trumpets blared and drums banged as the show began. Tables lined the room, with children and adult’s feet anxiously tapping to the beat of the first song.

The Department of Music held the event that was open to the public on Dec. 4-5.

The performers were amazing with their ability to sing and perform on stage. They captured the crowd’s attention the entire night.

“It was an awesome engaging performance,” said sophomore Josh Busick. “I really enjoyed the interactions with the audience when the performers would venture into the audience. They also had a fascinating ending when the jokers and the horses came in, and they did a mini-play for the royalty.”

The performance consisted of group songs as well as solos that were all enchanting and brought excitement to the idea of Christmas. They walked throughout the audience. Many performers played instruments such as trumpets and guitars. This all had a huge factor in making the performance so great.

Junior Gavin Gallegos played a part in the Mummer’s Play.

“I just love the whole experience that comes with the dinner, it’s a very unique and special occasion for the department,” Gallegos said.

The performers have been practicing all semester to prepare for this dinner.

“In order to prepare for the concert, we practiced for hours,” senior Allison Meyer said.  “I spent hours on end practicing and memorizing, practicing in sectional, as well as practicing with the group.  We have been preparing pieces since the beginning of the year.  We also spent lots of time decorating the hall with period pieces and Christmas decorations.  It took a lot of work and time to put the dinner together.”

Meyer also said what her favorite parts of the nights were.

“I enjoyed the performance of the dinner,” Meyer said. “It was fun to act and perform all of our pieces in character.  I also enjoyed dressing in period dresses.”

Aside from the top-notch performance, the audience was served a dinner that matched the Elizabethan time period.

“There was lots of food, so everybody should have gotten filled up,” Busick said. “Everyone started with wassail, followed by soup, salad, main dish and dessert. Some of the food was culturally fit for the medieval times. The raisin dessert and Wassail seemed to be very old recipes.”

“I just hope the experience becomes an even more special part of the Simpson experience,” Gallegos said.

Robert Larsen, professor of music and longtime faculty member, also performed at the event. Larsen is also the founder of the Des Moines Metro Opera (DMMO) that performs at the Blank Performing Arts Center (BPAC) during the summer.

Larsen teams up with Kim Roberts, assistant professor of music, to direct Madrigal at Simpson.

The Madrigal Christmas Dinner is something that helps develop the Simpson experience as the campus and public believes it to be.