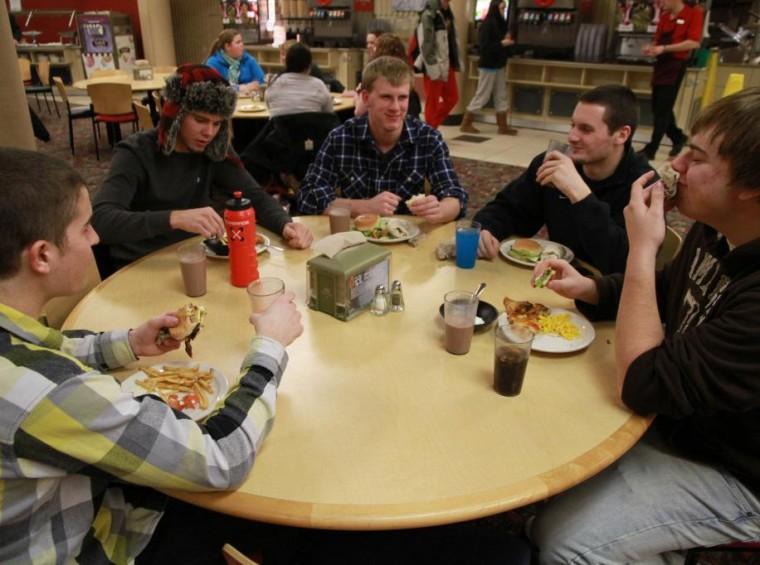 Simpson College is looking into the possibility of a new food service provider.

The planning of the upcoming campus center has resulted in this cause for a probable change.

“Simpson has decided with the building of the new Kent Campus Center that now it is an appropriate time to invite multiple food service companies to bid on providing the food service program for Simpson in the future,” said Jim Thorius, vice president for student development.

“We thought with a new facility, (and) a new program, it probably made some sense to look at what else was out there,” Birkenholtz said. “This also might challenge Sodexo to put their best heads together to see what they can come up with.”

The college has already hired a consultant for preparing the request for proposal (RFP), who visited campus last December during finals week.

“We are working with a consultant right now who’s helping us put together a request for proposal,” Birkenholtz said.

According to Birkenholtz, Simpson will be sending out the RFP within the next two to three weeks.

Birkenholtz explained the series of events after sending out the RFP.

“We will have a pre-response conference on campus to give all of the invitees a chance to come in and look at our operation, go over and watch (the students) eat, and see how (students) go through the line,” Birkenholtz said. “They’ll have about five to six weeks to put their responses together.”

Sodexo is not going to be excluded from being able to submit their response to the RFP.

“Certainly they will be invited,” Birkenholtz said. “They have not done anything that excludes them from our future consideration.”

However, the idea of a new food service provider is not a new one.

“I think as we started thinking about the campus center over the past year or so, there has been some thought, ‘Well maybe this would be a good time to back up and take a look,'” Birkenholtz said.

The cost of the other foodservice providers is not known yet, although there is no reason to believe meal plan costs will rise.

“I don’t anticipate for a base meal plan that there will be a significant increase in charges to the student,” Birkenholtz said.

“The college will work to maintain future cost increases within the range of past years’ experience,” Thorius said.

Students will have some say when reviewing the RFP submissions.

“We will include student input in the review process for the RFP submissions,” Thorius said.

Kevin Rice, junior and member of the Environmental Awareness Club (EAC), had some comments regarding Sodexo and its ability to compromise with the club’s requests for being more environmentally friendly.

“We would request the company to hold a certain standard of sustainability that we think is feasible,” Rice said.

If there is a new food service provider, EAC would request that they hold the same standard that Sodexo upholds right now towards the environment.

Blair Stairs, general manager of Sodexo, was not able to comment.