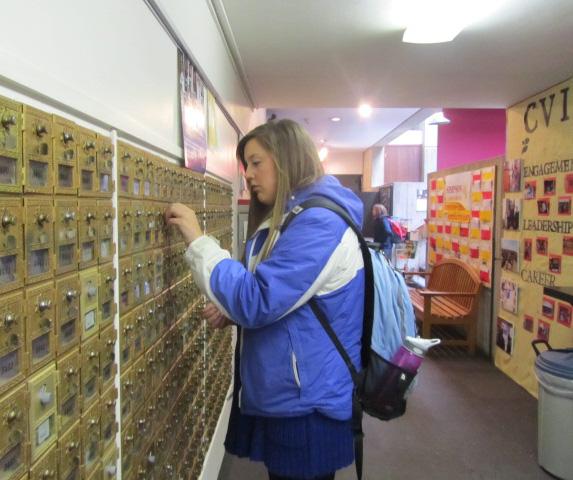 Less than six months from now the Brenton Student Center (BSC) will be demolished, which means numerous offices and services will be relocated to various areas around campus.

Demolition plans are projected to begin on June 1 as the beginning steps of the new Kent Campus Center.

“Once commencement is over at the end of May we will start moving stuff out and will also be moving stuff during May term,” said Jim Thorius, vice president for student development and dean of students. “But we will still have everything operating until after commencement.”

According to Thorius, Simpson is looking into the idea of using temporary, or modular, buildings to create the space necessary for the offices that currently reside in the BSC.

“It was brought to my attention that the mailroom will be in a modular building somewhere on campus,” Mailroom Manager Sue Bowlin said.

A committee is currently brainstorming ideas that will best suit the college during construction.

“We’re looking at locations but we’re not sure as to where they will be to house the bookstore and the mailroom,” Thorius said. “There are a couple of classrooms in the lower level of Smith Chapel that we may move into offices and possibly put up a temporary building to take care of that classroom space.”

Receiving mail in a modular building is raising questions among students as to how things will be handled next year.

“I think is most likely the best option for them, but at the same time I feel like it will be hard to manage and slightly inconvenient for students,” sophomore Kendra Kelso said.

Other students have begun to ask what will happen to the Storm Street Grill – the other dining option on campus. The answer: It will be relocated, too.

Sophomore Laine Wright will not mind the temporary changes – on one condition.

“If it (means) getting a new campus center, I can live with it,” Wright said. “But it will obviously be an inconvenience for the time being.”