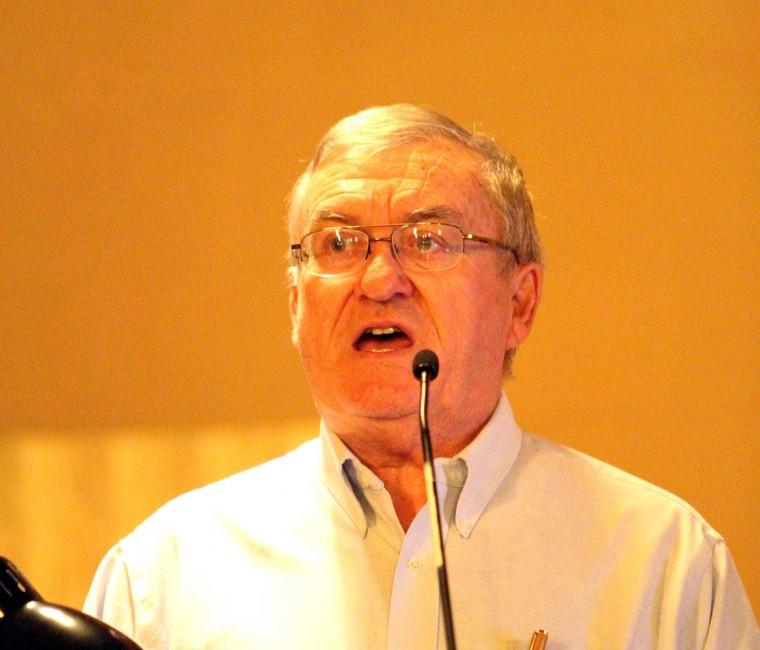 The supporters of the proposed Indianola Wellness Center have had a loud voice through the community over the past few weeks.

Early voting for the facility has been underway since Tuesday, Feb. 15 and will continue until Monday, Feb. 28. Simpson students are able to vote in the election.

Student Government Association (SGA) has stepped in to provide help to students interested in voting.

Students may vote early at the Warren County Auditor’s office on Buxton Street.

“Students can register by getting the registration form at www.sos.state.ia.us,” said Traci VanderLinder, Warren County auditor and commissioner of elections.

According to previous Simpsonian articles and editorials on behalf of the wellness center, the indoor pool that is currently in Cowles Fieldhouse would potentially be filled in and turned into a multilevel weight room if the new YMCA is built.

Simpson College President John Byrd has even talked previously about a rock-climbing wall in Cowles Fieldhouse.

The proposed Indianola Wellness Center would also include an NCAA regulation sized pool that the Simpson swim team would be able to use for practices and meets.

“If the pool was to meet the requirements of the NCAA then it would benefit the Simpson College swim team because we could host invitational meets, and we wouldn’t always have to travel,” said Erin Gerken, freshman and Simpson swim team member.

According to Koch, having a more up-to-date athletic facility will bring more buzz to campus and will create more competition among other colleges.

“It would increase our athletic facilities as a means to comparing to other schools in our conference,” Koch said.

Students who wish to vote on March 1 can go to the American Legion in Indianola on First Street by the post office.

“I voted because it would make Simpson more competitive with other private schools for our fitness facility, but also for the future of Simpson College so when students come and visit it will be more committing,” junior Autumn Girres said.

In order for the Indianola Wellness Center proposition to pass, Iowa law requires that it must have more than a majority vote – it must pass with 60 percent majority.