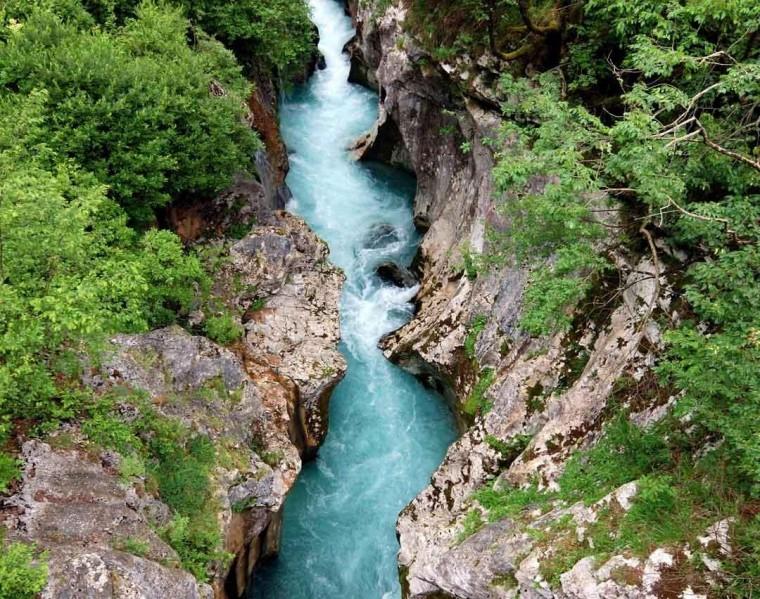 For the first time ever, Simpson College is offering a summer study abroad program to Slovenia. Now students who have not been able to take advantage of these trips due to scheduling problems will have more options to choose from.

This summer’s trip was proposed by Rosemary Link, Simpson College’s associate vice president of academic affairs. Link offered a similar course when she worked at Augsburg College that was very successful.

The new summer travel course, SOC 290 Global Citizenship: Rights and Responsibilities as portrayed through Human Services in Slovenia, is open to everyone. Up to 10 Simpson students will join 10 students from Augsburg College and travel to Ljubljana, Slovenia with a two-day stopover in London from July 1-14.

“Students will be able to explore Roman, medieval (and) modern architecture,” Link said.

“They will be able to saunter the car-free streets of the old city and climb hundreds of steps to the castle. Students will meet colleagues who are committed to implementing global policy instruments, such as the Convention on the Rights of the Child (CRC) and the Convention on the Elimination of all forms of Discrimination Against Women (CEDAW) and will observe and participate in dialog with a variety of professors, administrators of human service centers, the Ombudsman for children (to be confirmed) and community work colleagues.”

Students should keep in mind that there is the added cost of $905 for the three credits that are earned as part of the course unlike the May term courses where the credit is part of the spring semester’s tuition.

International Education Coordinator Jay Wilkinson said that Simpson considered offering a study abroad program in the summer a few years ago when it added Cornerstone Seven to the Evening, Weekend and Graduate program curriculum.

“This is the first summer travel course that we’re offering but there were efforts to do something like this previously so I’m very pleased that this is going to happen, and you know, the fact that she has taken this course before makes it seem very likely that it will be successful,” Wilkinson said.

According to Wilkinson, Simpson is very interested in providing short-term study abroad opportunities like this for students whose schedules do not allow them to travel during May term.

Sophomore Warren Drucker is one of these students. Drucker is a member of the baseball team at Simpson and is unable to travel during May term.

“The end of the season is during May term so if we wanted to play for what our team has been working all season to get we cannot study abroad for May term,” Drucker said. “It’s one of those ‘that’s just the way it is’ situations that you live with.”

If this summer’s course is a success, Simpson will be looking at the possibilities for other short-term travel courses as an alternative to May term for students like Drucker.

“We’re trying to come up with different options and things so that anyone that’s interested in studying abroad can find a time that works for them whether it’s a semester program or a short-term travel course in May term, summer, perhaps over winter break,” Wilkinson said.

Students who are interested in this trip to Slovenia can find more information on Simpson’s website or by contacting Wilkinson for information about applying. Link would be willing to answer questions about the course itself.

Applications are due to the Office of International Education by Friday, March 4.