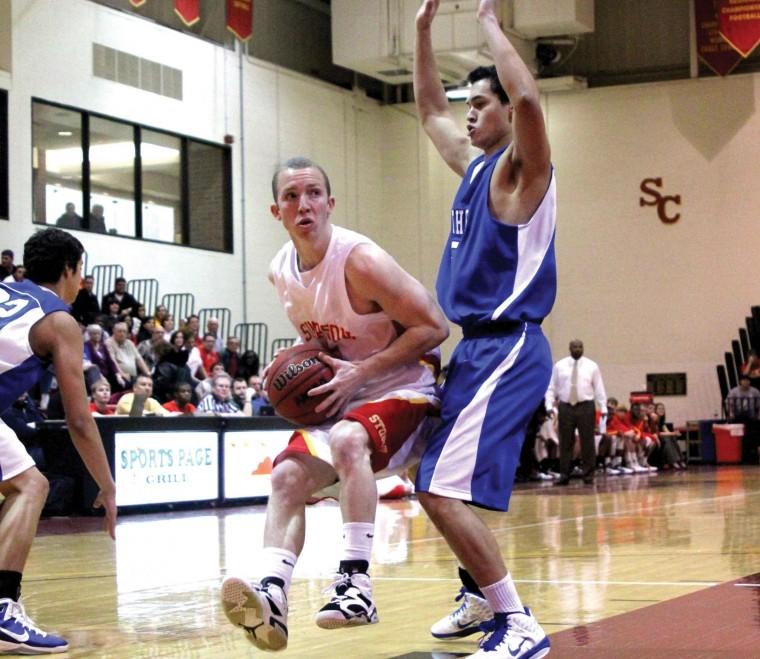 The Simpson College men’s basketball team hit the road traveling to Dubuque, Iowa twice in one week, facing conference rivals Loras College and University of Dubuque. Lackluster shooting throughout the first half made it difficult for the Storm to put together a threatening offensive once the Loras Duhawks (6-13, 3-7 IIAC) took a 12-point lead in the beginning seven minutes of the game.

The second half wasn’t much different than the first, with the Duhawks having a 16-point lead with a little over 10 minutes left in the game. With only two seconds left in the game, Junior guard Zack Barragan hit a 2-point shot, putting the Storm up 67-66.

While the Storm was able to pull it off against the Duhawks, it was a different case for the Storm traveling to University of Dubuque. The Spartans (13-6, 7-3 IIAC) came out on top of the Storm, 83-76.

“Against both Loras and Dubuque we dug ourselves a 16-point deficit before coming back to tie both games up in the second half,” senior Matt Fouch said. “This shows a lot about this year’s team that we have not had in the past with our resiliency and ability to fight back from a big deficit.”

Junior guard Stefon Brown had a career high 23 points against the Spartans, and junior forward Cornelius Mosby had his first double-double of the season with 14 rebounds, three blocked shots and 11 points. Barragan also contributed double digits with 17 points.