Westboro Baptist Church is too much 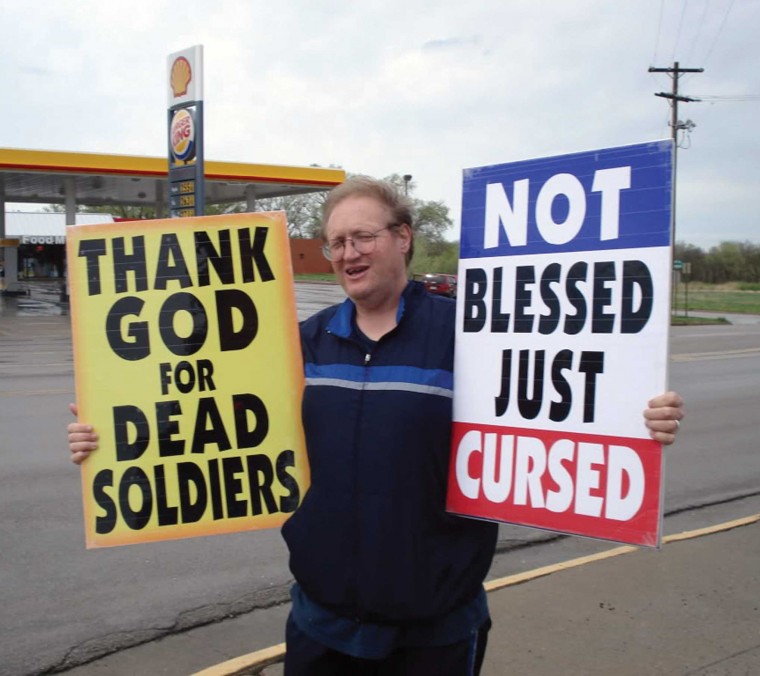 In a room with poor lighting, Margie Phelps, daughter of Fred Phelps and attorney for Westboro Baptist Church (WBC), spoke to myself and close to 600 other people in New York City over spring break.

If you’ve been living under a rock for the last decade or so, WBC is a one-of-a-kind church from the very flat state of Kansas, that doesn’t care for people who are gay, likes to protest, likes media attention and I’m fairly certain they’re in love with themselves.

As a girl who has multiple friends overseas and multiple homosexual friends, this message was not well received.

WBC will no longer stand for Westboro Baptist Church in my mind.

WBC will now equal We Be Crazy.

Living in America comes with a lot of privileges. The biggest one? The First Amendment. The right to speak freely is just that—a right. One that is abused (in my opinion) by the people of this church.

Remember when you were around the age of 16 when you first started to drive and you just got your drivers license? If your parents were anything like mine, you got a lecture something similar to: “_______ is a privilege, but with all privileges comes responsibility.”

With my First Amendment right, let me continue to tell you what I think about WBC and their rights as American citizens.

First and foremost, as a person with emotions and friends and biases left and right: I wish I could revoke the rights of WBC.

I wish that there is some way to instill an IQ system where people who are only capable of speaking intelligently can speak freely. Obviously, there are flaws in that system, but that would at least knock out WBC.