Simpson women luck out, go dancing in the NCAA Tourney 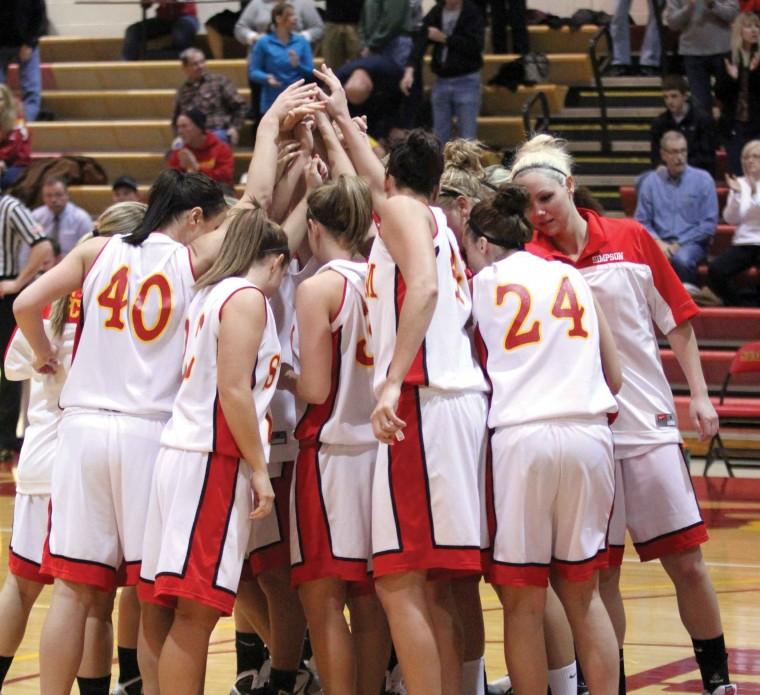 The women’s basketball team will be appearing in the NCCA tournament for the seventh straight year thanks to an at-large bid that was received on Monday, Feb. 28.

“It means a lot really because we kept the tradition going,” senior Amy Hamilton said. “It’s important to make it to the NCAA’s and it feels pretty good so I hope we go out there and give it our all.”

Simpson shared the regular season conference title with Coe College but fell to the Kohawks 59-56 on Saturday, Feb. 26 in the IIAC Tournament final in Cedar Rapids.

The Storm’s attempt at a comeback late in the game was shut down despite a 3-pointer by senior Mindy Hutchcroft with just over a minute remaining. Simpson’s fate was sealed as a jump ball was awarded to Coe after junior Stacey Schujter grabbed a rebound from a missed Coe free throw.

Coe quieted Simpson’s seniors – holding them to a total of 16 points.

Junior Ali Sokol had a strong showing with 18 points and eight rebounds while going 2-for-2 from behind the arc. Schujter added 11 points and nine rebounds. Hamilton recorded another 3-pointer putting her ahead of former Storm guard and 2008 graduate, Carlie (Beals) Hajduch. Hamilton currently has 237 career 3-pointers.

Previous to its loss at Coe, Simpson defeated Dubuque 75-73 on Thursday, Feb. 24 at Cowles Fieldhouse. After an 8-point lead at the half, Dubuque snuck up from a 17-point deficit in the second half bring fans to their feet in what became a nail-biter.

Simpson was able to hang on for the 2-point win.

“We were expected to beat Dubuque by a lot, but winning a close game like that exposes how much we still need to improve as a team to be accepted into the NCAA tournament and be successful,” Bledsoe said.

Hamilton led the Storm’s efforts with 13 points. She also made history by collecting her 1,000th career point, and she is the 13th player to accomplish that feat.