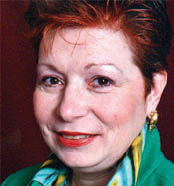 Around midnight on Sunday, Feb. 27, Maria DiPalma, former music department chair and professor of music, passed away after a courageous seven-year battle with cancer.

“Maria was a diamond in the rough, sometimes literally,” junior Kelly Huisinga said. “Maria was one of the strongest, smartest, most talented and influential women to impact my life. What she has done for the Simpson Music department and for her students and fellow faculty members cannot be expressed in words.”

DiPalma started at Simpson in 1976 as an admissions counselor, and after four years of being a counselor, transferred to a full-time faculty position.

Even after her diagnosis of cancer seven years ago, DiPalma continued to travel. She traveled to Thailand, Greece, Turkey, China, France and had hopes of travelling to Italy this coming May term with Madrigals.

Professor of English Nancy St. Clair sent out an email informing students, faculty and staff of what DiPalma would want the campus to know and remember.

“At the moment of death her face was completely transformed, all of the pain and marks of suffering were gone and she had a smile on her face,” St. Clair said in the email. “During her last week of life she spoke often of how much love and support she got from you all (the campus body). She was so grateful and would want you to know that she was.”

Senior Shannon Stevenson was one of the many students that DiPalma had a positive influence on, and knows that DiPalma cannot be replaced.

“I hope one day to become half the woman she is because Maria was great,” Stevenson said. “There will never be another person like her or someone who will be able to fill the very large, formidable, and preferably unique designer shoes she has left behind. Maria will always live on in our fond memories and in the legacy she has left behind.”