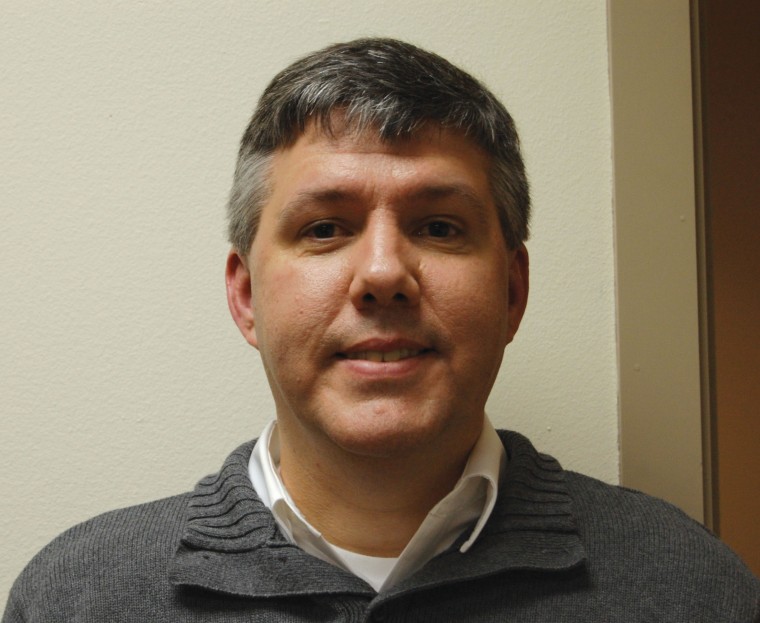 How does Daryl Sasser, visiting professor of history, inspire his students?

“I just spent the last 50 minutes trying to convince my class to become Communists,” Sasser said. “It worked for two of them… which I’m very pleased about.”

In other words, Sasser inspires his students by challenging their beliefs and inviting them to broaden their gaze.

“It gets some people mad,” Sasser said. “That’s kind of what I’m shooting for.”

Senior Jenn Arnold enjoys Sasser’s classes because he is “funny, intelligent and really good at engaging his students,” adding that his classes are “lively and interesting.”

Sasser’s goal of challenging his students isn’t lost on Arnold.

“He will always let you talk a point over, and wait until you are finished to tell you that you are wrong,” Arnold said.

Sasser is also director of Earth Core at Simpson, a scholarship program for students want to perform sustainability projects on campus. His interest in environmental issues led him to teach an environmental awareness LAS.

“My goal in that class is to get people really worried and angry about the environment,” Sasser said. “It’s really fun for me to give them information they haven’t heard before and to [see them] immediately be angry and want to do something about it.”

“Students were really irate about this,” Proctor said. “I mean I think that they were concerned about the general injustice of the situation, but there was something about doing it to Sasser that made a significant amount of students particularly angry.”

Proctor attributes this to the fact that “Sasser does as much, if not more, for Simpson students as many tenure track professors do.”

“He is a generous person in every way that a person can be generous,” Proctor said.