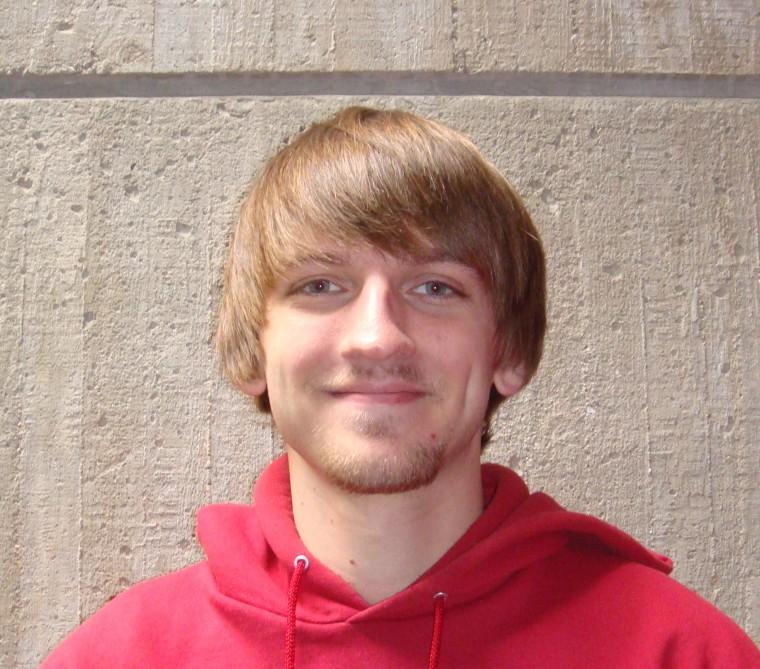 Junior Zack Feser not only dedicates himself when it comes to intramurals – he currently holds three first places and 22 second places – but also in his role at Simpson College as president of Students In Free Enterprise (SIFE).

Feser, who is a marketing and economics double major, said that SIFE is a way to help communities using educational plans, service projects and business.

“I joined SIFE because I thought it was nice that there was a club where I could go and I could take any project that I had an idea about and make it happen,” Feser said. “You can do whatever you want as long as you have the drive and ambition. That was the deciding factor for me.”

As president, Feser has made some distinct changes to SIFE.

“My whole goal this year has been to make the Simpson community more aware of SIFE, and also to make SIFE more accountable for what we’re doing,” Feser said.

“When Zack became president of SIFE, he introduced more structure and organization to the group, especially by establishing officers and project leaders,” junior Elsen Hoxhalli said.

“He has truly turned the organization around, created ambition throughout the members, and has really fought to expand the image of Simpson College SIFE, in terms of campus and community,” Davis said.

Davis added that Feser is “an inspiration, a friend to all and a true leader.”

“He is a good motivator of people,” Schmidt said. “He’s willing to listen to what other people want, and he’s very flexible in his style.”