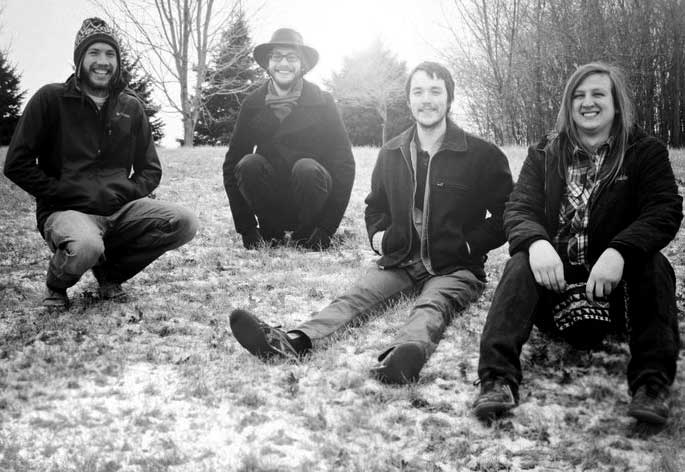 This year’s Gross Domestic Product (GDP), a concert put on by the Des Moines Music Coalition (DMMC), will include the bands of two Simpson alumni, Seedlings and The River Monks.

The DMMC is a non-profit organization that is attempting to improve the live music scene in the greater Des Moines area in an attempt to revitalize the economy and keep younger generations in the area.

“GDP is a showcase of Des Moines and Central Iowa’s broad indie scene,” Project Manager Amedeo Rossi said. “The event features many of the up-and-coming musicians who make original music. For many of these artists it’s an opportunity to play on a larger stage in front of a bigger crowd, participate and be associated with a widely hyped event.”

Bands who want to perform at the GDP contact the DMMC and fill out an application. The DMMC also picks a few bands that they want to apply for the GDP and

“A handful of people evaluate the bands on overall quality, fit, recent releases, touring/play schedule and overall marketing,” Rossi said. “We want bands who are aspiring to make progress. Seedlings and The River Monks both submitted to be considered for the event. Both of them have been playing locally and are generally recognized.”

Simpson alumnus Ryan Stier said that the GDP was The River Monks’ main goal for the year.

“It’s a great event for emerging bands from Des Moines and the rest of the state because it’s sponsored by DMMC, and a ton of folks come out to discover new and upcoming acts,” Stier said.

The River Monks began in 2009 but did not become a band until April of 2010. Along with Stier, The River Monks include percussionist Joel Gettys, Nick Frampton who plays guitar, ukulele and auxiliary percussion and Drew Rauch on bass guitar and the occasional sleigh bells.

“Everyone has wonderful and unique voices, which we incorporate often both individually and blended together in harmony,” Stier said.

Danny Heggen, author and Simpson alumnus, is the co-founder of Seedlings along with his sister Mallory Heggen, also a Simpson graduate.

“Mallory, Ryan Stier, and I started Seedlings in 2008 simply because I didn’t want us to keep going by my name,” Heggen said. “There wasn’t much progress on our music throughout 2008 and 2009. Ryan and Mallory were finishing up their degrees at Simpson, and I was writing. At the beginning of 2010, I finally started recording the songs that appear on our EP ‘For the Sun.'”

Heggen came to Simpson on a music scholarship as a jazz drummer but quit in his sophomore year to focus on his writing, but he could never completely leave music.

“To break from reading and writing, I would pluck around on a guitar my dad bought me,” Heggen said. “I spent two semesters abroad in Australia where I published my first book. In 2009, I published my second book From a Growing Community, Iowa’s Homeless Youth. To break from writing, I picked my guitar back up, and Seedlings have really been moving forward since.”

“Studying music helped me grow so much as a musician, and looking back, I wouldn’t change a thing,” Stier said.