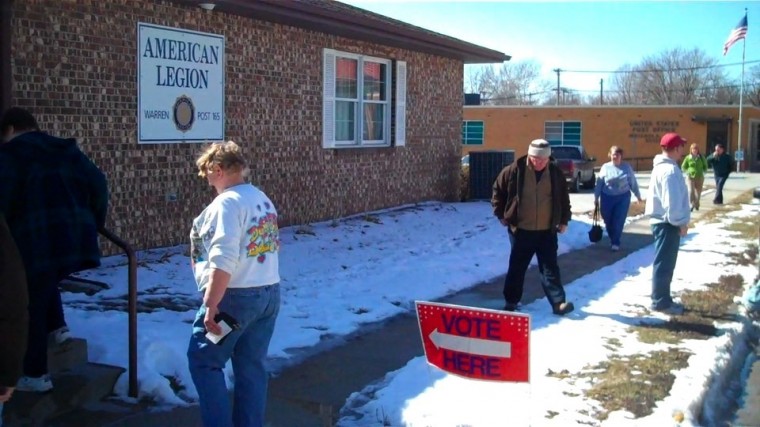 Citizens of Indianola banded together last week to ensure the passing of the new wellness facility, and after receiving the 60 percent majority and then some; the YMCA has officially made plans to be in the city’s future.

“I am extremely excited about the new opportunity to grow Indianola as well as Simpson,” Whalen said.

Simpson’s swim team coach Aaron Strain speaks believes that the YMCA will level the field for the swim team.

“The team and I are extremely excited about the idea of the new pool,” Strain said.  “This new facility will keep us on a level playing field with the teams that we compete against as well as the opportunity to host more and larger swim meets.”

Construction of the wellness center and renovation of Cowles dates have yet to be determined. This shouldn’t affect swim practice.

“The swim team will stay in our current facility until the construction of the new facility is completed which will be about 18-24 months,” Strain said. “I believe at that time we will begin renovation of Cowles.”

With the new building in town and the renovation of Cowles, Whalen believes that Simpson will see an increase in enrollment and interest.

“I am very confident that it will increase enrollment because a new fitness facility is an attraction to many prospective students, whether they are a college athlete or not,” Whalen said. “New construction always generates a buzz, especially when it involves wellness, which is such a big part of people’s lives.”

Strain also agrees that an increase in enrollment is probable.

“I don’t care what people say, facilities matter because when we are competing for recruits, all of the coaches are great, all of the schools are good and cost is about the same so facilities many times are a deciding factor for families,” Strain said. “When you go to college you should expect to have better facilities than your high school and the new wellness center puts us in that position.”

“I truly believe that this fitness center in conjunction with the new student center will have a dramatic impact on enrollment,” Sirianni said.  “The student center, the current Cowles, Carse, and Hopper and the expanded fitness center will provide 170,000 square feet in the center of campus that will be the center of student activity. The functionality and aesthetic value of this complex will certainly add to the attractiveness of Simpson College to future prospective students.”

“I certainly think that it will be helpful to recruit students in a number of areas,” Byrd said. “First of all it will be a great new facility for our swimming program with a modern pool that meets all NCAA standards, along with much improved spectator seating so that they will be able to enjoy that kind of space and get people that much more involved in the program.”

Byrd also sees the academic benefits of the new facility.

Unsure of what the results were going to be, Byrd was excited with the outcome.

“I was very excited that such an overwhelming majority of our community came together and said ‘this was something important that we should do for our community’,” Byrd said.