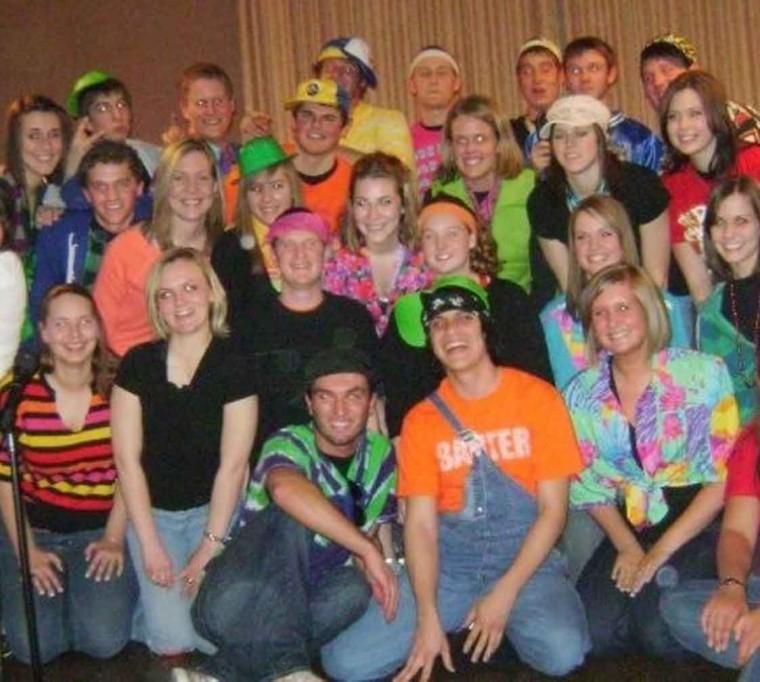 “This competition is a lot of fun,” senior Zach Haugland said. “It takes some practice time but if you put in the effort and time, then it turns out really well.”

“We sit down in our basement, and we just throw out ideas back and forth,” Dennis said. “Right now we have probably three or four that have potential for this year, and that’s the fun part.”

“SAE practices the music multiple times before creating the choreography, and then we combine the two,” Haugland said. “At the least we start practicing almost two weeks in advance for a couple hours a night.”

Dennis doesn’t think they’ll spend as much time as other teams practicing.

“We don’t put much time into it,” Dennis said. “It would be like an hour everyday of the week and then three the day of on Thursday, so it’s not really (that) time consuming. We also had a lot of people last year that were really good at music.”

“This will be my first year, and I’m super stoked for it,” McBroom said. “You get to have fun and get the experience with all of your friends.”

Groups can be formed from residence halls, fraternities or sororities. Last year there were only four teams that competed.  All of those included were fraternities and sororities.

“There were us [LXA], SAE, Tri Delta and Pi Beta Phi,” Dennis said. “So it was low numbers last year. We actually want to see more people. We like watching the shows.”

“My favorite [part is the] opportunity to see the amazing or potentially hilarious performances,” Haugland said.

The judges include college administration members.

“Last year we did men in tights, so we were out there in tux shirts and tights,” Dennis said. “I didn’t come to college thinking I’d wear tights, but it was a lot of fun though.”

Haugland believes there may be opportunities in attending the event.

For those interested in seeing previous performances, Youtube.com has videos from previous years under “All-College Sing” that give a glimpse of what can be expected.

All-College Sing is scheduled March 31 in Great Hall with the show beginning at 8:15 p.m. Admission is $1.