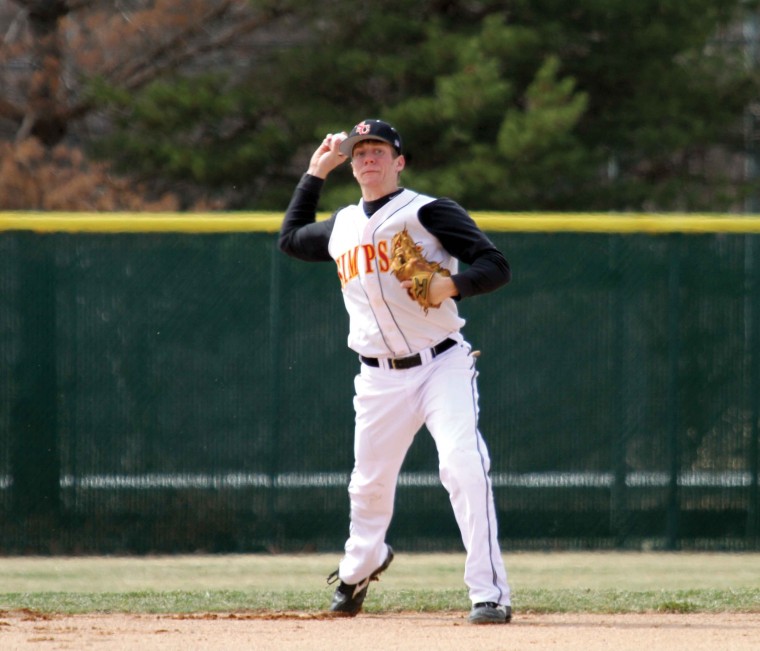 The week started off well for Storm baseball with a two-game sweep against rival Central College.

Simpson improved their conference record to 7-0 beating Central in a double header that showed more of the Storm’s authentic pitching lin- up and stout defense beating the Dutch 9-1 in the first game behind the arm of junior pitcher Kyle Ruehle.

In the second game of the night the Storm kept their foot on the Dutch offense shutting them out 3-0. Senior shortstop Dave Johnson doubled home two runs to add the finishing touch for the Storm win.

“I think we played really well in both games,” Johnson said “especially our pitching. It’s been our pitchers that have been keeping us in the games this year.”

Despite the wins, Johnson said there are still details the baseball team is working out.

“There’s still little things we (have to) work on and we plan to keep getting better as the season progresses,” Johnson said.

Over the weekend the Storm traveled to Wartburg to take on the Knights as the conference season heated up.

The Knights came out fully loaded and won the first game of a three game series 11-1.

Wartburg did their best to keep the Storm off-balance but ended splitting a double header to end the weekend. The Knights took the first game 4-0 over the Storm and held onto a 3-2 lead late in the second game when Simpson’s offense started clicking and their bats connected with the ball the way they wanted it to taking game to 6-3 over the Knights.

Junior outfielder Colton Calvert said that grabbing a win over the weekend was a decent outing since Wartburg is a strong team in the IIAC.

“We had a pretty tough weekend on the road against Wartburg but I think we needed those games to help keep us in check,” Calvert said.

Calvert also said it wasn’t a shock when they lost their first conference game and that the team was still in a good position at the top of the conference.

“It’s not like we’re a bad-hitting team, we just couldn’t get going offensively,” Crandle said. “We’re not worried or anything after how we played this weekend. We’re still a good team looking to compete in the conference.”

“We’re still in a good spot in our conference and we’re going keep working to get better each game,” Calvert said.

The Storm will host Cornell College for a three-game series this weekend.