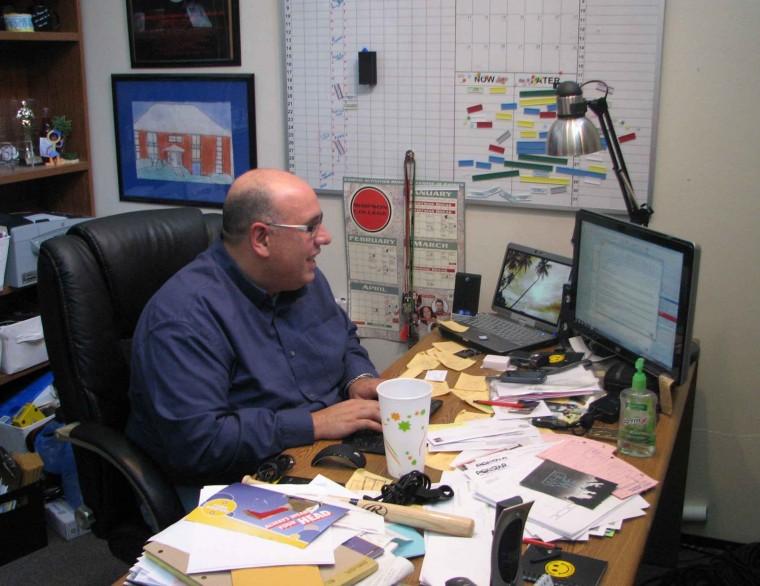 Amidst preparation for the much-anticipated construction of the new Kent Campus Center, many Simpson staff members are making preparations of their own to move their offices to new locations around campus.

For the majority of the offices currently housed in the BSC, mainly Student Development and Student Activities, the relocation will take them to the lower level of Smith Chapel, according to Dean of Students Jim Thorius. The offices will utilize the classrooms, the small chapel, as well as the meeting room.

“The chapel has been very accommodating,” Thorius said. “We’ll be able to make some adjustments to how things are done over there for a year and that should provide space.”

Although the space in Smith Chapel proves convenient for office relocation, the plan eliminates classroom space, potentially moving students to a relatively obscure location: the parking lot behind Clinton and Washington apartments.

“We are working to position a temporary modular building over on the east side of campus to replace those two classrooms for the year,” Thorius said.

With student development and student activities in the chapel, security and residence life will move into one of Simpson’s theme houses on the corner of Girard and D Streets, north of the Carver Multicultural Center. While students currently occupy the house, according to Luke Behaunek, director of residence life, in past years, the house served as office space.

“It is currently occupied by students, but it was used this year mainly due to a shortage of spaces for upper-division students,” Behaunek said. “The residents currently there will be in apartments next year.”

As for the bookstore and the mailroom, the current plan moves each to Hopper Gymnasium. Although, according to Thorius, 1/3 and possibly up to 40 to 50 percent of the gymnasium will be available for student activities, Nicole Darling, assistant director of student activities, says Simpson’s intramural activities will require some change due to the decrease in space.

“Alone, we had about 70 games of basketball in Hopper in our season,” Darling said. “We’ll definitely have to utilize the lower part of the gym, which also impacts the other athletic teams, so we’ll all have to do some adjusting.”

“The students will have a transportation issue (to get out there) but they’ll still have an opportunity to attend the classes,” Darling said.

Similarly, Rich Ramos, assistant dean of students and Campus Activities Board (CAB) advisor, expects challenges in CAB’s programming due to space issues. However, according to Ramos, the design for Hopper will include a usable program space along with the bookstore and mailroom.

“We have to figure out how to make that work for everything that happened in the BSC,” Ramos said. “That means adjusting equipment, taking equipment over (to Hopper) and all that sort of stuff.”

Despite the challenges the move might cause for students, faculty and staff, Ramos says that the end remains worth the means.

“It’s about as efficient as it can be,” Ramos said. “For what we’re going to get as an end product, I’m willing to do what we need to do because I think the end product will blow away by far anything we’ve had so far.”