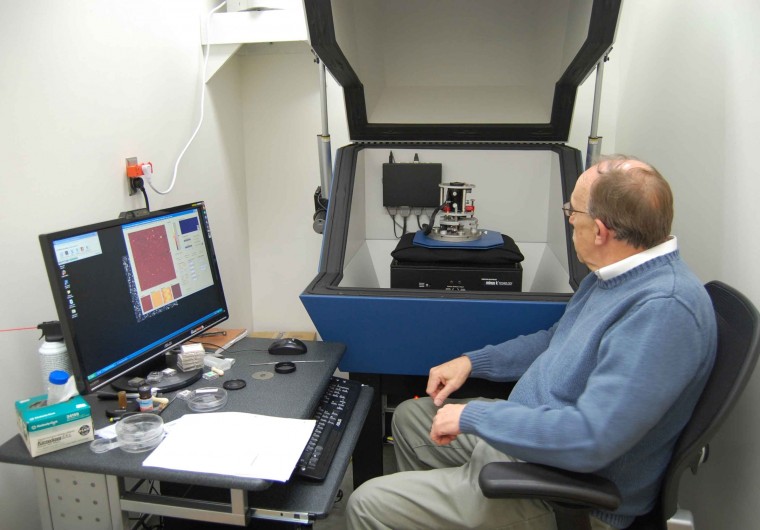 Professor of Chemistry Ron Warnet has been acknowledged for his outstanding teaching and has received the Distinguised Iowa Science Teaching Award from the Iowa Academy of Science.

To be eligible to receive the award, somebody must write a letter of nomination for the nominee.

Werner Kolln, professor of chemistry and physics, wrote the first letter of nomination for Warnet.

“Myself, Pat Singer and Marilyn Mueller submitted letters of nomination,” Kolln said.”And we also got letters from a good number of previous students to support the nomination.”

The award hasn’t been given yet, but will take place in the near future.

“It has not been given yet,” Kolln said. “It will be given at the Iowa Academy of Science meeting at the President’s banquet on Friday, April 29.”

The meeting will be held at Wartburg College in Waverly, Iowa.

Warnet sees his teaching as innovative, and believes that this is perhaps the reason he won.

“I try to be innovative in my teaching,” Warnet said. “So I try to use different techniques. I think I’ve learned some techniques that are really successful in the classroom.”

Some of these techniques include catering to different students and understanding that everyone learns differently.

“The other thing is you have to remember that students are in your class for different reasons,” Warnet said. “So they’re not all there to learn organic chemistry at the level that I would like to teach it. You need to cater it to lots of student levels, so I think I’m good at that. I’m great at telling stories, particularly funny stories. I think chemistry is best taught as a narrative.”

Kolln is proud to have Warnet be recognized.

“I think it’s great to have Professor Warnet recognized for his sort of long history at Simpson of doing excellent work at teaching organic and biochemistry,” Kolln said. “He’s taught hundreds of students and encourages them to go on to graduate school. He’s had many students be successful, and I think he’s known for being a good teacher. He gets the students to see and understand the material in a variety of ways.”

Other than science, a lot more may be taught by Warnet.

“He’s an excellent teacher in other areas,” Kolln said. “He doesn’t just teach science in the classroom.”

Senior Raelene Main, one of Warnet’s students, had something to say when she heard about the award.

“It doesn’t surprise me,” Main said. “Warnet is a very passionate man. He is willing to spend a lot of time with students and help them with anything they have.”