Storm athletes stand out during winter 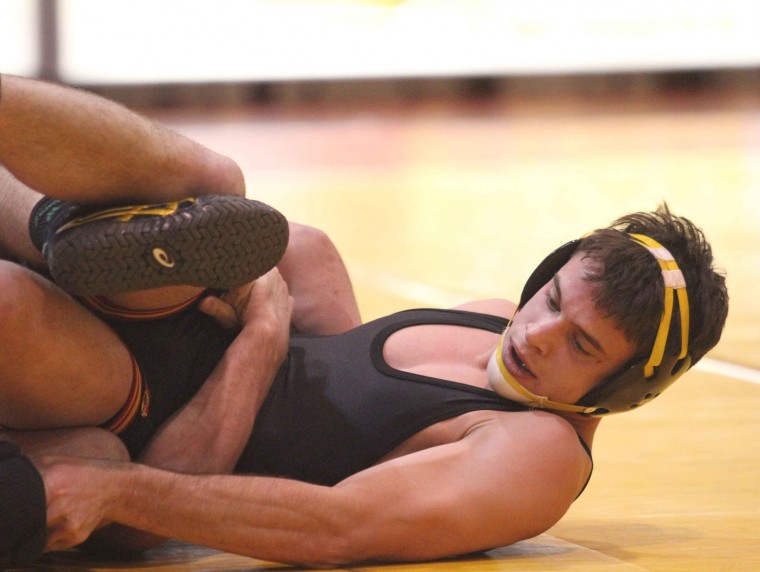 Caleb Brus finished out his last year at Simpson with 98 career wins, tying for 10th place in all time wins at Simpson. Brus is also a three time academic All-American.

“I enjoyed my last season with my teammates despite a somewhat disappointing year,” Brus said. “I did not have the final year I wanted getting injured and not accomplishing what I wanted, but I have learned a lot about success in my wrestling career and I will continue to be successful outside of wrestling. I am happy to be on the All-Winter Team and I congratulate everyone else.”

Junior Catherine Mayes proved to be an essential competitor on the Storm swim squad. As an individual, Mayes captured numerous top three finishes in the 100-meter backstroke, the 200-meter IM, and the 500-yard free.

“Swimming this year was very difficult because we barely had enough girls swimmers to make a relay and there were no boy swimmers out,” Mayes said. “Overall we did as well as we could, worked hard and hopefully we will be able to get more swimmers to join next year and be more competitive in the pool.”

Junior Cornelius Mosby has made a splash on the Simpson basketball team. In his short time of being with Simpson, Mosby earned Second Team All-Conference honors and led the Storm in scoring (16.6 ppg) and rebounding (11.1 rpg) for the last month of regular season play.

The transfer tied the school record for most rebounds in a game (24) and finished the season ranked second in the league with 33 total blocked shots.

“Any success I’ve had this year was because of a great coaching staff and wonderful teammates,” Mosby said. “I haven’t been here for long but Simpson College really makes me feel at home.”

Schutjer led Simpson in scoring (13.3 ppg) and rebounding (6.7 rpg) this season. She also led the conference in field goals (56.0), ranked fifth in scoring and third in blocked shots (61).

“We had another great season this year and made it to the second round of the national tournament,” Schutjer said. “Getting to the tournament and winning a game is a huge accomplishment in itself, but next year I expect our team to make a deep run into the tournament.”

“The indoor season was generally a successful one, with some great efforts from a variety of individuals,” Edwardson said. “We are a very young team, but we are definitely growing up as the season goes on. No way could I have gotten to this point alone. I am surrounded by a great coaching staff in Coach Cleveland, Coach Hofer, and Coach Robison. In addition to that, the other runners on the team push me every day in practice.”

Ellingson currently holds the record at Simpson for the Indoor 800, Indoor Mile, Indoor 1,000, Indoor 4×800 and Indoor Distance Medley. She was named MVP at the IIAC Indoor Championships before receiving All-America honors at the 2011 NCAA Division III Indoor Track & Field Championships in the Mile.

“I was happy to win the conference 800 and mile for the second year in a row. It’s always good to be an All-American, but I was disappointed with the way the race unfolded. Anytime track and field gets some recognition is a good thing. I appreciate the help and support my coaches and teammates gave me.”