Ellingson runs through the hardships 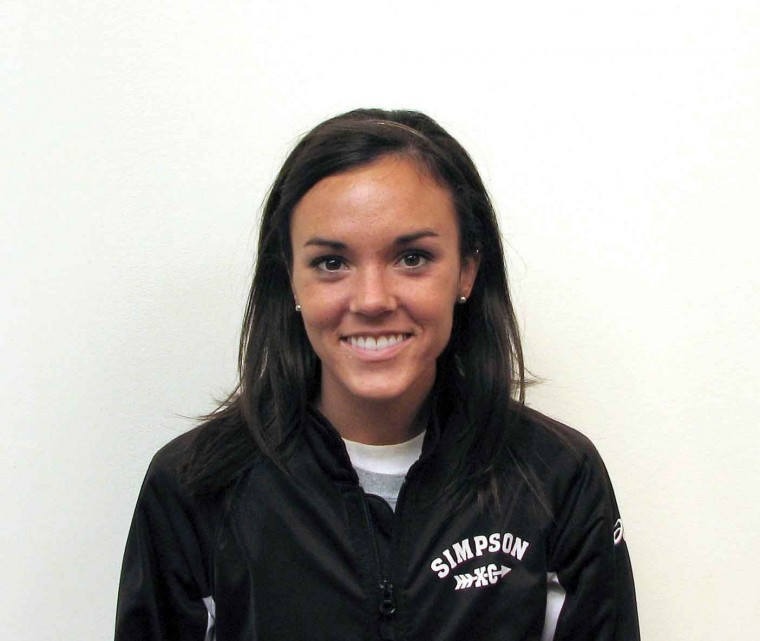 Tears roll down Catie Ellingson’s face as she thinks about her mother’s death from cancer last fall.

Through it all, Ellingson stuck with her running, finishing second at the Iowa Conference cross country meet two days after her mother died and coming in fifth at the NCAA Indoor Track Championship last month.

“I knew she’d want me to run because she never missed a cross country meet or track meet,” Ellingson said.

Dealing with a parent’s death is something a lot of college students have to do, but few take that experience and turn it into an inspiration to win conference and national honors.

Ellingson is the daughter of Keith and the late Kristi Ellingson. The senior runner at Simpson College has earned All-American honors multiple times and has set many school records, even while grieving her loss.

Ellingson said she asked her mother, who had been suffering from cancer since 2008, if she should run in a meet or stay home if her mother died.

A couple nights before her mom passed away, her mom told her dad, “No matter what happens, I want Catie to run,” said Brad Hofer, the head cross-country coach and assistant track coach for both the men’s and women’s teams at Simpson College.

Jade Osborne, a teammate and sophomore at Simpson College, said, “Her mother passed away the day before we left for the cross country conference championship, and she still came and ran because she knew her mother would be sad if she didn’t run.”

Oct. 28, 2010, Kristi Ellingson passed away after her hard-fought battle with ovarian cancer.

“I would see her everyday and come over and hang out or eat lunch with her,” Catie said. “It’s really different, and you don’t realize it until something like that happens.”

Many times, Ellingson finds herself asking if something she¹s thinking about doing would be OK with her mom.

“I was really close to my mom, she was everything to me,” Ellingson said. “I find myself still saying, ‘Oh I need to call my mom and ask.'”

Ellingson says she told her mother everything. Now when she has exciting news to share she calls everyone because she doesn’t have her mother to share it—including when she made it to the NCAA Division III Championship last month for the sixth time in her Simpson College running career.

On March 11-12, Ellingson ran fifth in the finals of the mile run at the national meet, which was held in Columbus, Ohio, at Capital University.

“I love competing, and I just wanted to run my best time,” Ellingson said. “I wasn’t able to, but that’s OK.”

Despite not winning, Ellingson says she’s content with her performance at the NCAA Championship.

“It’s a huge honor being able to even run with all the girls,” Ellingson said. “It’s a lot of fun being there and watching the other events.”

“She’s someone who will work hard and do what you ask them her to do,” Hofer said. “Exactly what you look for in an athlete.”

Ellingson’s teammates say they admire her.

“I would say everyone looks up to Catie—even the guys’ team looks up to her,” Osborne said. “She is just so incredibly good. It’s unreal.”

Even when things are hard for Ellingson outside of track and cross-country, teammates say she never brings a negative attitude to practices and meets.

“She is just like her mom,” Osbourne said. “Always finding something to smile about even when things are not going the way she had expected.”