New coach one reason for success 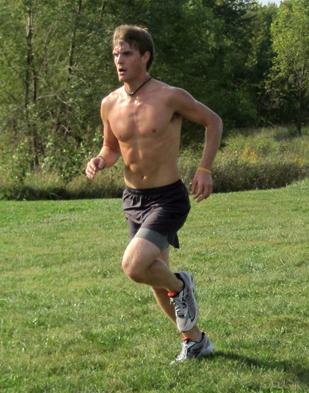 Both men and women’s cross country teams have had few meets but promising results.

The Simpson College men’s cross country team placed fourth at the Central Dutch Invitational Sept. 3 to start the season off.

The team had several goals in mind prior to the Brissman-Lundeen Invite.

The Storm are well within reach of these goals after last Friday’s performance.

The men placed eighth of 33 teams at the Brissman-Lundeen Invite, finishing ahead of Grinnell College, ranked sixth in the central region by the US Track and Field and Cross Country Coaches Association.

“Both squads ran very well Friday,” Moenck said. “It was great to see such improvement from our first meet. Everyone who raced Friday improved significantly, which was great to see. We will continue to take it one practice at a time, and if we can do this, our season should end well.”

Ryan Edwardson, competing in his first race of the season, paced the Storm by finishing 15th in individual race. He finished the eight km course in 25:21.7.

The team is confident in its chemistry and the ability of its members to support one another.

“We know each other very well; we know how to use each other in races and in training,” Stone said. “This is a huge benefit for us because we are able to use the momentum we started to gain last year and turn it into success this year.”

The women’s cross country team showed no signs of trouble after having three weeks off since their last meet.

Following up a fourth place of their own at the Central Dutch Invitational, the women’s cross country team used that strong performance to build confidence before travelling to Rock Island, Ill. on Sept. 23.

They ran to a 17th place finish out of 27 teams at the Brissman-Lundeen Invite at Saukie Golf Course last Friday.

“We are racing well as a team,” said senior Signe Mayland. “I am excited to see all the progress we have made as I look to our next meets.”

Mayland credited the teams training during the three week layoff to their strong performance.

“We had a solid three weeks of training after the Central meet which will set us up well for the rest of the season,” Mayland said.

Pacing the Storm for the second time this season, junior Jade Osborne, finished 55th in the individual race in 23:53.3.

Coach Moenck said that the team’s success is partially a result of the new practice techniques.

“These last three weeks we’ve been working on becoming more consistent in practice, which means to be able to run consistently at a high level,” Moenck said. “We had a great three weeks of practice, and the students were able to put it together on race day.”

Both teams have adjusted well to their new coach.

“It was different at first with the new workouts and extra strength and agility exercises,” Mayland said. “The hard work and extra time put in is paying off and will show in races to come.”

The men and women both agree that the new style of training will lead them to success this year.

“His training style is a lot different, but we are adjusting to it and I strongly believe it will help us be in the best shape when it matters most,” Stone said.

The Storm will compete at the Dan Huston Invitational in Waverly, Iowa on Oct. 8.