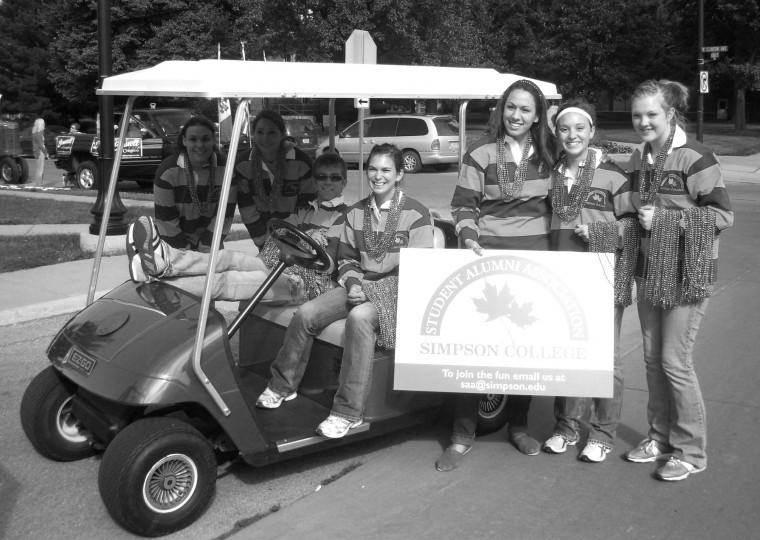 The Log Cabin Day parade took off Sept. 24 at 10 a.m. with this year’s honored town being St. Mary’s; “A Small Town with a Big Spirit.”

“It is my understanding that Log Cabin Days started in 1973 as a fundraiser to pay for the dismantling and reconstruction of an old 1850s log cabin, in poor condition, donated to the Society by the Wallace McKee family of Scotch Ridge,” said Jerry Beatty, president of the Warren County Historical Society.

After funds for the log cabin were secured the annual event continued as a fundraiser for building a museum to store, preserve, and explain historical documents, articles, and artifacts pertaining to Warren County’s heritage.

Groundbreaking for the new historical museum was held during Log Cabin Days on Sept. 26, 1976. The building was completed five years later on Sunday, May 31, 1981. Countless volunteer hours and $110,000 went into building the two-story 12,000 square foot steel historical museum.

“We estimate that over 1,000 people attend or participate in one way or another in the Log Cabin Festival,” Beatty said. “We have 50-75 volunteers who help us with this event. As a member of the Indianola Garden Club, I am involved in the Big Pumpkin and Giant Sunflower Contest for Kids held in the Show Arena from noon to 1 p.m. Saturday.”

But what attracts many people to the festival is its variety of activities and events that not only raise money for the historical society but are also considered fun.

“My favorite part (last year) was probably seeing the people of Indianola all come together, even on a rainy Saturday morning, to celebrate something that has made history for this town,” senior Jessica Mallow said. “And there were a ton of people, way more than I had been expecting; it was exciting.”

The major fundraising events at the Log Cabin Festival are the quilt raffle, the pie and cake auction and a community breakfast.

Even though this year’s theme doesn’t involve Simpson College, Simpson students still enjoy being involved in the festival and feel a sense of involvement in the community.

“This year we are making a Kappa Theta Psi float to be in the parade for the first time,” senior Devin Siestra said. “We are really excited to have fun building the float and celebrating local spirit. Our favorite part is the parade. We really love the theme this year, and we can relate to it since we pride ourselves on being local as well.