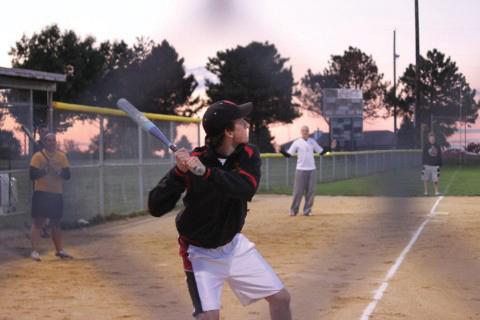 by Maddie Boswell and Zach James

The Simpson intramural program supports a wide variety of activities, some of which have longstanding traditions and some that are brand new.

Many students on campus find intramurals a great way to get involved. The games serve as a competitive outlet for those not in organized sports and are a great break from the academic grind. Students who win receive an intramural champion T-shirt.

One major change this year is the elimination of May Term Madness. Due to the curriculum change students are no longer required to take a May term course for four years. The number of students on campus during May term will decrease enough that the program would not have enough participants.

“Our typical ‘May Term Madness’ will be no longer as the academic calendar has changed,” Darling said. “We will have a jam-packed April to make up for the lack of students available to participate in May.”

“Basketball is probably the longest running intramural event as it is a pretty universal sport,” said Nicole Darling, assistant director of student activities/intramurals. “New sports for intramurals this year will be field hockey, nitro ball, possible flashlight tag and horseshoes. Eclipse ball, hooverball, lacrosse and battle stack were added last year and will stay on the schedule.”

For those students looking to find a non-traditional alternative there are always options, experienced athlete or not. There are always choices like Uno, Skip Bo, doubles pool, pickelball and the spring Easter egg hunt.

Senior Daniel Schneider has been an active four-year participant within the intramural program and said every year has been enjoyable.

“We’re all just here to have fun and play,” Schneider said. “It’s always been a blast throughout the years.”

Throughout his four years, Schneider said the biggest improvement he has seen within the program is the depth of activities.

“There is literally something for everyone,” Schneider said. “We have the conventional games, but there are also ‘less-athletic’ activities, such as card games. We really do want everyone to get involved.”

For more information on how to participate in intramurals on campus, watch for emails about upcoming events, visit Simpson’s imleauges.com page, visit the Simpson College Intramurals Facebook page, or look for postings around campus.