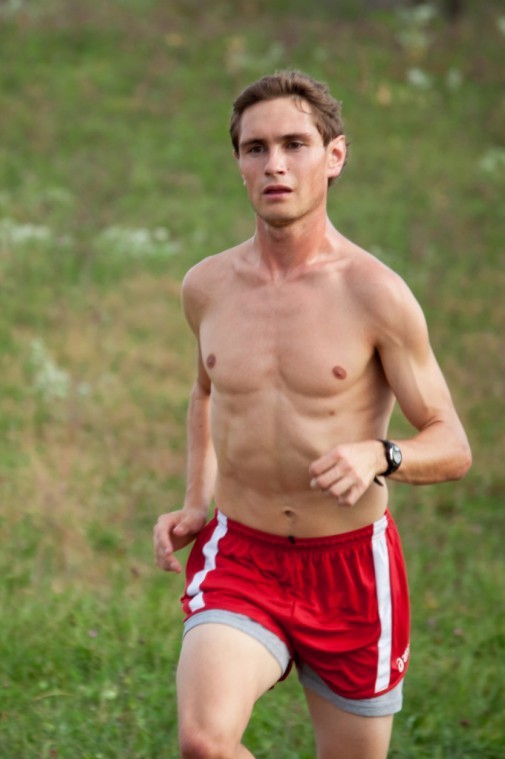 by Kinsey Bak and Jeremy Dubois

Senior Ryan Edwardson won the Dan Huston Invitational in Waverly, Iowa by a margin of 40 seconds on Saturday, Oct. 8.

Beating 174 other runners, Edwardson finished with a time of 25:35 after leading the entire second half of the race.

“I felt great once the race got rolling,” Edwardson said. “Going into the race I felt like I was on tired legs, so I was surprised that I ran so well.”

Edwardson, a senior from Spencer, Iowa, won the first meet of his career and earned Iowa Intercollegiate Athletic Conference (IIAC) Runner of the Week for the period ending Oct. 9. This honor is his first of the season and second of his career.

“The competition was solid,” Edwardson said. “There were several regionally ranked teams, including conference rivals Wartburg and Loras, who both have some solid individuals as well. We saw some of the top competition in the IIAC.”

Heath Moenck, head cross country coach, helped Edwardson push to his limits along with assistant coach Ben Robison. Having high expectations from the coaching staff, Edwardson has worked throughout the summer to reach his full potential.

“Ryan performed at a very high level, and that’s what we expect from him,” Moenck said. “We know that Ryan is a very capable runner, and for us to be successful, that’s where we need him to be.”

Being a senior, Edwardson feels he has improved throughout his career at Simpson. Now running seven days a week for the first time in his life, it has been about a month and a half since he has had an off day.

“I take down days, of course, otherwise I would be injured by now,” Edwardson said. “Also, I have learned how to race intelligently over the course of time.”

Edwardson has set high goals for the remainder of his time at Simpson.

“Ryan’s goals are very high, and they should be,” Moenck said. “He has earned the right to be in the conversation for the individual conference champion, as well as an All-American.”

Although Edwardson took the title, Moenck said he was not very satisfied with the team’s performance. With the Storm placing seventh out of 12 teams, he said there is always room for improvement.

“Our men’s squad did not run up to our capabilities and that was frustrating,” Moenck said. “We feel confident that we can perform better than what we did at Waverly, and that’s exciting.”

The coaching staff is confident about the team’s leadership roles and improvements.

“Ryan is one of our many leaders,” Moenck said. “Our senior class is comprised of Ryan, Matt Stone and Pat Gerhardt. All of them are fantastic leaders and have done a great job of demonstrating what it takes to be a successful college runner.”

As a team, Moenck would like to see the men have their best race of the season at the conference meet, while Edwardson wants to see the team at nationals in Oshkosh, Wis.

“The men’s team is yet to entirely show what we are capable of,” Edwardson said. “We’re working harder than ever, and it will show come championship season.”

The Storm will head to Luther in Decorah for the Iowa Conference Championships on Oct. 29.