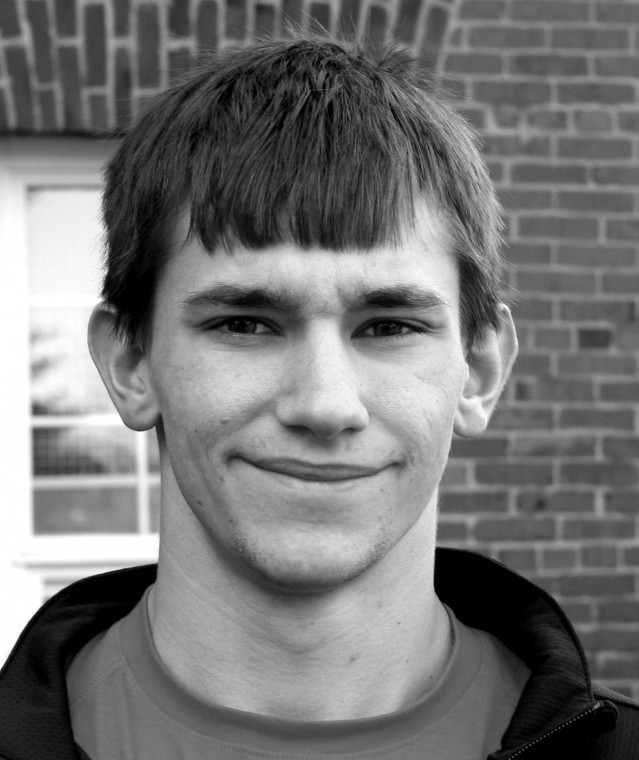 As students and fans last year, we saw a track star overcome a loved one’s death, a softball sophomore soar into the record books in many offensive categories and a women’s basketball All-American enter into an elite group in what could be the elite program within Simpson grounds. What could this year hold?

As the year fires up while the weather cools down, here are five (technically six) student-athletes who I think will have breakout seasons this year.

The week before being named IIAC Player of the Week for breaking the single-game school record for completions, Nelson had to shake the first game jitters out by turning in a six-for-20 afternoon in a 55-3 rout with Bethel.

He, as well as his other teammates, is starting to see everything come together as the season progresses. The team relies on their offensive leader to do well. If Nelson is stellar the Storm is stellar. As long as this pattern of consistency continues, the men from Simpson will have something to say in what has already been a wacky season in the IIAC.

This senior had a spectacular year last year. She swept both indoor and outdoor conference titles, scored exactly half the points for the Storm and last but certainly not least, Bak was an Outdoor All-American while finishing sixth in the national outdoor meet.

And that was just last year. Who says she can’t get that done this year?

One advantage she has (along with her other teammates) is that there is a new track under her feet when she goes outside. Excuse the pun, but the high jumper can make new leaps and bounds in what should be an exciting season.

Head Coach Charles Zanders has changed the entire program’s culture, a difficult process. The atmosphere of the hype around here which “Z” has created is a day-to-night difference that Simpson has not seen in quite some time.

One strength of the team is the recruits it has received. Cornelius Mosby may not be a new face despite coming around Christmas time last year; people around the Iowa Conference already know who he is.

Opposing coaches instantly noticed how huge of an impact Mosby made to the team when he first stepped onto the floor. When push came to shove, Mosby took control of the team the entire second half. I expect him to do the exact same this year. He won’t just have a great season; this big fella will go off this year.

For a team to be more than good, it has to have a clutch player. I’ve been around sports all my life, and I can’t think of one who is more clutch in any given situation than Zack “Big Shot” Barragan.

He had two game winning shots last year. Expect the man to do the same this time around, too. It’s his senior year, and he only has 24 career wins. He’ll be hungry.

While breaking the single season school record for home runs last season, Potratz knew she had to step up and be a leader, which is sometimes hard for an underclassman to manage. She didn’t care and took the responsibility head-on.

While leading the team in RBIs and homers (and second in average) on the Storm, Potratz helped propel Coach Henry Christowski to his 500th win. Many more are to follow. Many more jogs around the diamond are in Potratz’s future, too.

Stacey Schutjer received honorable mention All-American honors last year for the second season in a row. She led the IIAC in field goal percentage (56.0), ranked fifth in scoring and third in blocked shots (61) and led the team in scoring with 13 points per game and rebounding (six per game).

There are plenty of talented women on this squad who are fully capable of taking Simpson places this season. Schutjer, however, is the heart and soul. If she continues to skip on the same pulse she has been for the last three years, the team will be a front-runner once again in the state.