Campus comes together to for breast cancer awareness 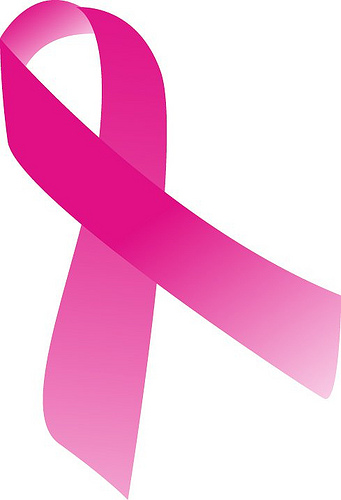 Simpson College has traded in its red and gold for pink in support of Breast Cancer Awareness Month this October.

Athletics and clubs are working to spread the pink across campus. Fans cheered on the “pink” during the men’s and women’s soccer matches against Loras College on Oct. 15.

Soccer players supported Breast Cancer Awareness Month on the field, but seniors Jenni Stumpf and Lindsey Helton have plans to bring the pink to the stands.

“We started it (T-shirts) last year because we lived in the Breast Cancer Awareness Theme House,” Helton said.

“So many people go to the athletic events and wear athletic T-shirts, so the easiest thing to do is if we can give them a pink T-shirt or a breast cancer T-shirt to wear,” Stumpf said.

The two have planned a pink out for the Simpson versus Buena Vista football game on Nov. 5 for both the bleachers and the field.

“The football players have a lot of say in it,” Stumpf said. “They’ve been asking us to get them pink armbands. They’ll pay to wear the pink, so it’s pretty cool to do it that way.”

They want the fans, players and opponents to wear rosy hues.

“We actually just told the BV team that we are having a pink out game,” Stumpf said. “If they would like to participate it’s completely their choice, but it’d be pretty cool to see both sides do it.”

While Stumpf and Helton bring pink to athletics, the Women’s Resource Center asked for bra art.

“BraVogue was kind of a joke we had been passing around when we were brainstorming ideas for what we could do in the month of October,” sophomore Lauren Pass said. “Since it is Breast Cancer Awareness Month, we were thinking that we could decorate bras for a cause.”

Nineteen groups and individuals submitted bras to the event.

“It was a really great response by the Simpson community,” Pass said. “We almost didn’t have enough room in the display case for all of them; we had to cram them in there, so that was really surprising and really cool.”

The bras will be on display in Dunn Library through the end of October.

“We’re hoping that we can do this every year and make it bigger and better,” Pass said. “The possibilities are endless; we’d like to see what Simpson students can do.”

From bras to T-shirts the pink has spread through Simpson College this October. Ultimately, this crimson campaign is about raising awareness for breast cancer.

“It’s a huge problem in our society today,” Stumpf said. “It impacts a lot of lives not just those who have breast cancer but the family members and friends and everyone who knows someone who has breast cancer.

For Simpson College to have so many people who can wear pink and bring that awareness to people, it’s a small impact on this huge problem.”