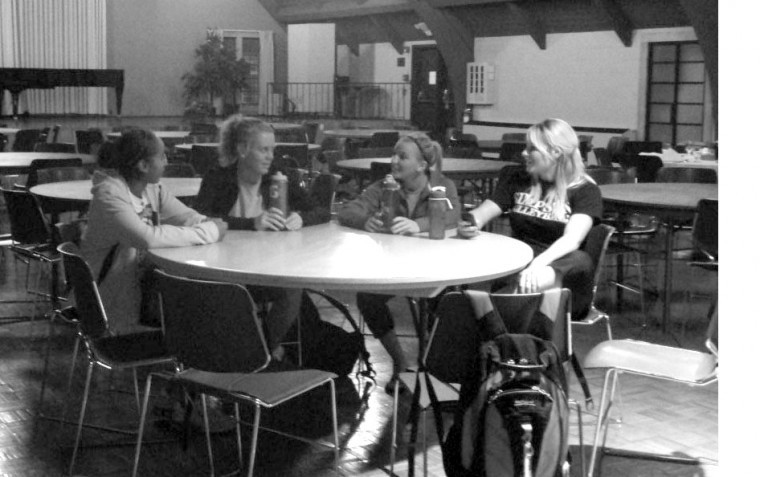 Chartwells wants to hear from the students of Simpson campus in order to improve the overall experience by starting a dining committee.

The dining committee will be a group of at least eight students that will give honest feedback to Chartwells about the food options on campus.

“I want it to be as self-sufficient as possible,” said Todd Matthews, director of dining services. “I want us to be a part of it, but I don’t want it to be something run by us.”

This will not only be a time to present a wish list of entrees as in years prior. While suggestions for meals are greatly appreciated, Chartwells is hoping to dig deeper into what types of things students will benefit from the most.

Students on this year’s committee will be given the opportunity to share input on the food being served, taste test new dishes the chefs create, bring in other recipes enjoyed by students, discuss new layout options and much more.

Chartwells has already made changes in order to cater to a larger audience by changing the hours of Pfeiffer Dining Hall. Instead of having a narrow time span in which students could eat meals, Chartwells expanded business hours from 7 a.m. until 9 p.m. to eliminate the line at mealtimes.

Matthews is hoping that the dining committee will be able to formulate more ideas when it comes to the long lunchtime line, especially with the winter season just around the corner. He is also planning to advertise the extended hours so that every student on campus is aware of the change. Matthews has even looked at offering an incentive for those students who come in after 1 p.m.

The Chartwells Dining Committee will be looking into the overall setup of Pfeiffer as well. The double doors on the north wall of the dining hall have the potential to become the new entrance. Great Hall could become extended seating with a slightly different menu during the lunch hours. The committee will discuss these matters and more during their meeting times.

“These are my customers and I want to keep them happy,” Matthews said. “I think every college or every university is different that I’ve worked at, and I think that’s why dining committees are important: so I can get the feel for this college.”

Meetings for the dining committee are probably going to be every first and third Wednesday of each month in Pfeiffer and will last an hour or two. However, if this time does not work for a majority of the group, changes can be made. As an incentive to join, students will be offered 25 flex-dollars per semester for their input.

Many students think that the idea of a dining committee will be helpful.

“I think it’s great that Chartwells wants to start a dining feedback committee,” junior Katie Elder said. “They are serving the students so it’s only right to hear the opinions of the students.”

Sophomore Lauren Pass is also enthusiastic about Chartwells’ willingness to listen to the voice of the Simpson community.

“I think that it’s really great,” Pass said. “I am a vegetarian and that makes me a minority, so I’m glad that they are willing to work with us and willing to listen to our input.”

However, junior Tiffany Bost is slightly more skeptical when it comes to the dining committee.

“I don’t think Chartwells has a desire to hear from the students,” Bost said. “In my experience so far they don’t want to have the same things as we did last year, such as in express, yet that was one thing that was good.”

While students seem to be differing in opinions as to the overall effect the Chartwells Dining Committee will have on Simpson Campus, Matthews is eager and ready to better serve the college’s mealtime needs.