The team returns this season with ‘swag’ 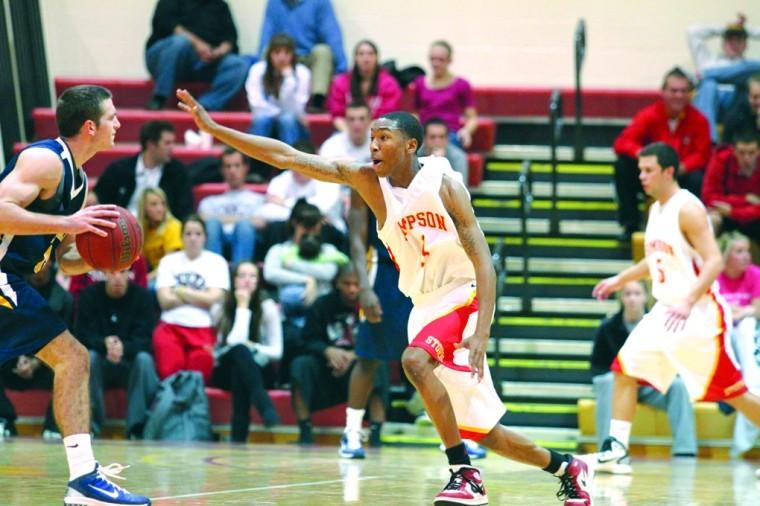 Head men’s basketball coach Charles Zanders has one mentality going into the 2011- 2012 season: the return of swag.

With 11 new freshmen, three transfer students and the returning players that have previously contributed to the team, Zanders said this season is going to be the start of a new era for the Simpson College basketball program.

“We are a little deeper in our bench this season,” Zanders said. “I could see us going 12-13 players deep with no problem, which makes for some hard-working players and more competitive practices.”

Recently, the team created a weekly newsletter to reestablish relationships with alumni and introduce itself to recruits, parents and students by sharing knowledge about the players’ backgrounds, thoughts and goals.

Junior Elijah Knox said the newsletter contributes to the success of the team.

“I like the weekly newsletter because it hammers home the points we make daily as a team and shares with the campus and our families to get them as fired up as we are,” Knox said. “We want each person to feel that they can be a part of our success along with us.”

Students will receive this letter weekly via email and will also be able to read its contents by accessing the Simpson College athletics website.

Senior Zack Barragan believes the team will have major success due to the team’s playmakers on both the offensive and defensive side of the ball.

“This being my last year, I think we have a great opportunity in making a run in the NCAA tournament because of the players and coaches we have in this program,” Barragan said. “Individually, I just want to help the team in any way that I can to accomplish our goals and be remembered as a good leader and person by my teammates.”

“I love the program and all our coaches,” Flores said. “Practices are intense and we are constantly getting better individually and together as a team.”

Players feel that each member on the team has one thing in common: love of the coach.

“I think Coach Zanders is just as a good of a person as he is a coach because he knows how to connect with his players,” Barragan said. “He is taking Simpson basketball to a place where it has never before.”

Knox said Zanders’ impact has been a positive one at Simpson College.

“Coach Zanders is the reason I get excited about the Simpson College basketball program,” Knox said, “When he first came here, we had a talk about where the program was going and a year later he fulfilled those promises. You can’t help but love a guy and coaching staff like that.”

With the players and staff being fully committed to each other this season, the team plans to maintain a good attitude for the season opener on Nov. 15 at AIB College of Business.

“We have talked about having a good attitude, commitment to hard work, dedication to each other and the desire to win championships to do well this season,” Zanders said. “And that, ladies (and) gentlemen, is the definition of swag. Go Storm.”