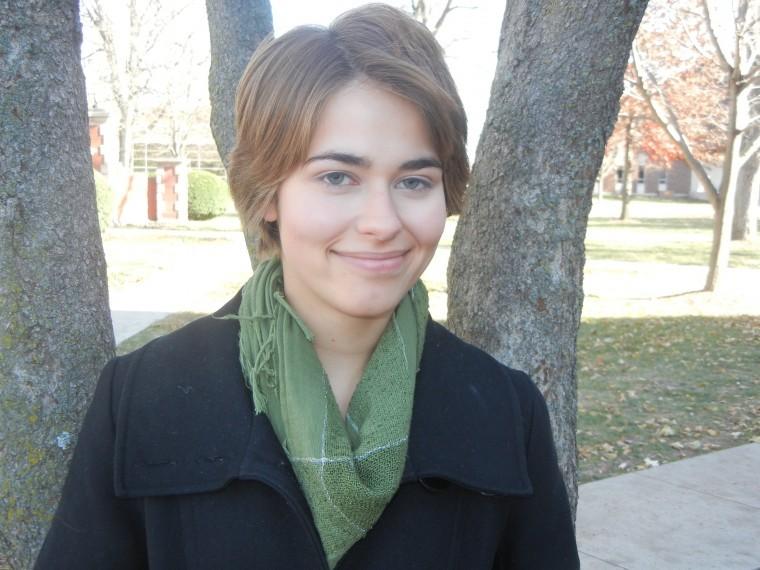 I remember when Occupy Wall Street (OWS) first broke out – I was at a journalism conference in St. Louis, messing around on Twitter in between speakers.

I don’t remember where I was when I learned about Occupy Des Moines, or even how I found out about it. I know that as soon as I heard about what was going on, I started working on finding a way there.

I wanted to see what was happening for myself.

OWS and other big cities have found themselves under sharp criticism for mobilizing without a clear intent.

Most of the policy criticism is the same story: no leadership means no organization, and no organization means no specific set of demands. No real demands for Wall Street or Congress means no use.

I’ve been to the nonviolent Occupy Des Moines twice now, once alone and once as a part of Professor Brian Steffen’s American Journalism and Democracy colloquium class. There probably wasn’t more than 50 present for the General Assembly last Monday, not counting my class.

They gathered in the center of the park and everyone had the opportunity to give reports on how the camp is doing – we need more plywood for the dining tent, we need more canned goods for the food storage, we have a birthday card for Governor Brandstad, etc.

They were efficient in how they ran the camp, but when I talked to participants one on one there still was not any consensus on what the government needs to do to fix the common American’s problems.

All these people across the country are gathering to demand change – but do they even know what needs to be changed?

It’s understandable in the bigger cities, where crowds are so huge with so many opinions that people are going to disagree tremendously.

But that’s part of the problem. The campouts, the marches and the demonstrations are all largely symbolic, with citizens mobilizing strictly to make the point that they are unhappy.

And this isn’t a cheap symbol – anger adds up.

ABC News reported New York City has spent nearly $6 million on costs related to the Occupy movement, not counting last Tuesday’s eviction. Local businesses surrounding the movement told The International Business Times that they have lost over $9,000 per day, adding up to around $479,400 by Nov.13.

Marc Epstein, the owner of Milk Street Café, said he had to lay off 21 employees because the police barricades have restricted customer access to his business. Aren’t layoffs the kind of thing OWS wants to prevent?

If anything has the power to change the state our country is in though, it is the small protests like the encampment in Des Moines. Should these people choose to set demands for our government, the crowd is small enough to reach a consensus through compromise and discussions.

Working the protests through smaller channels will narrow and define the demands, giving state legislators more of a direction to work with. Maybe we don’t want one giant OWS movement- maybe there should be an Occupy Queens, Occupy Brooklyn and Occupy Manhattan.

Several smaller movements that each settle their own demands, and then later – like a democracy – meet and compile a bigger list for the government.

Yes, that requires leadership. I would argue that leaders will bring the movement into the next stage of making a real difference.

Leadership will also influence the movements to remain peaceful, instead of releasing the violence that cities like Oakland have suddenly been faced with.