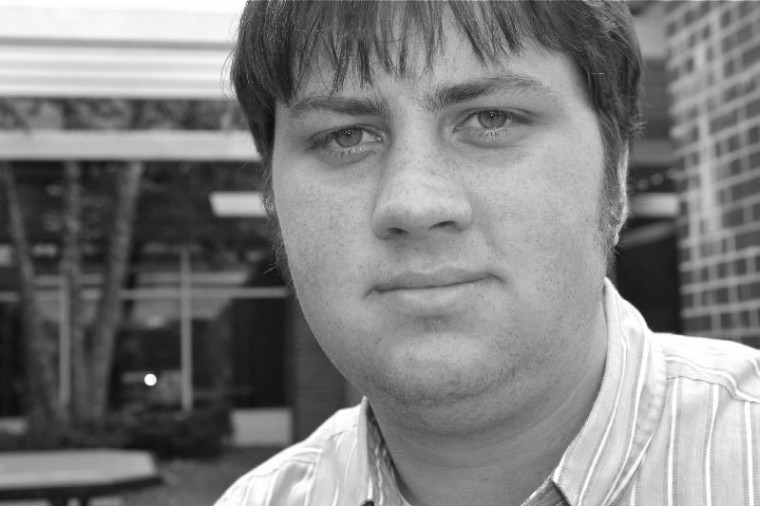 The holiday season has arrived at Simpson College, or perhaps more accurately, it arrived sometime shortly after Halloween.

However, unlike the jaded friends I hear complain about the Christmas season’s early approach, I am never bothered by the holiday season inching its way earlier and earlier each year.

Maybe Thanksgiving has been overshadowed by Christmas, however, as long as I’m able to spend time with family, I never found myself bothered by that fact.

Unfortunately when I entered college, the stress of impending finals seemed to draw my attention away from the season. It’s only natural that as a freshman and sophomore, eager to succeed, that I would overlook the season and focus on school.

However, this November I received a reminder of why this season remains important.

The Friday after Thanksgiving I reported to my job as a reporting intern at the Des Moines Register. Late in the afternoon, I heard a call over the police scanner.

A man had just jumped off the East University Avenue Bridge, falling between 40 and 75 feet into the waters of the Des Moines River below.

I rushed to my car and drove to the scene, not knowing what I’d find.

As I watched the water rescue team retrieve the man’s body and transport him to Mercy Hospital, where he was pronounced dead, I kept thinking back to the day before.

Where had this man been when I was at my home in Ottumwa, celebrating the Thanksgiving holiday surrounded by people who love me?

What kind of loneliness must he have felt, in the midst of a season marked by joy, to take his own life?

Not many times in my life have I ever been more thankful for my family and friends than when I was driving out of Des Moines that night, remembering standing under the bridge earlier that afternoon.

This Christmas, when I head home after finals, I intend to make the most of my time with family and to soak up all the joy the season offers.

It would be a shame not to, as I’ve realized that I am blessed not to have known true loneliness.

However, that experience opened my eyes in a very tangible way to the realization that loneliness is everywhere. It would also be a shame if I failed to share the joy that I feel with others in need of cheer.

So, when you’re walking out of Hy-Vee or Walmart, drop some change into the Salvation Army’s Red Kettles. Purchase some holiday music (I’d recommend James Taylor’s Christmas album) and listen with friends.

The season, though rooted in religious celebration, doesn’t even have to be about religion. If you take the opportunity to spend time with those you love and give what you can for those in need, then should it matter whose God’s name it’s in?

The holidays are a time to celebrate the simple joy of being alive. Soak it in before getting bogged down in the stressors of school.

Grant is the Perspectives editor and a junior multimedia journalism major. He is active in Sigma Alpha Epsilon fraternity, Religious Life Community and is an intern at the Des Moines Register.