Men off to a strong start 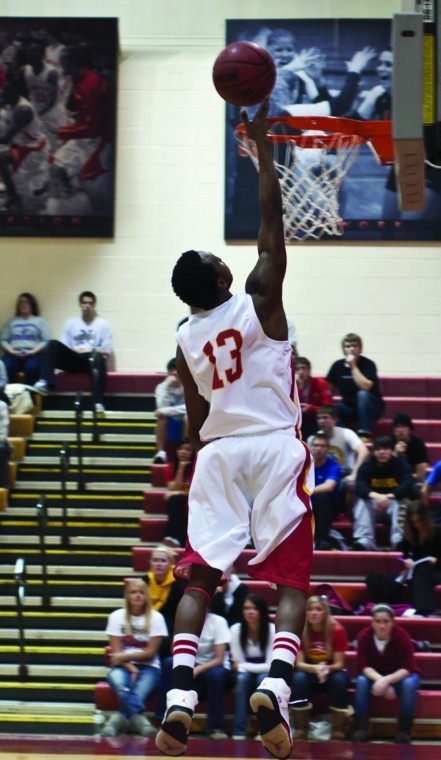 With an overall record of 2-4 (1-1 IIAC), head coach Charles Zanders believes the team has the potential to be sitting even higher when it comes to nonconference games.

“I really feel we could have two more wins added to our record, one against Division II school Upper Iowa and the other against NAIA (National Association of Intercollegiate Athletics) institution Graceland College,” Zanders said. “I think my guys would be disappointed if I said I was thrilled with the season so far, knowing deep in my heart they’re not satisfied, so I’m not satisfied.”

With the bar set high for the 2011-2012 season, the men of Storm basketball are not planning on settling for anything less than the best possible effort.

Freshman Tate Jackson feels that the team’s time to shine is coming, as the squad has large amounts of hidden talent the fans have yet to see.

“We have performed well in certain areas but all together haven’t played to our full ability,” Jackson said. “We just have to keep working hard each day and it should all come together.”

One of the biggest highlights for many members of the team this season has been the thrilling first half performance by the Storm against the Warriors from Winona State, who are currently ranked 17th in the country at the Division II level.

“At halftime of that game we were tied 33-33 and had spectators thinking we were a D-2 program,” Zanders said. “It was fun to see their expressions when they were told we were a small D-3 school in Iowa. Even though we lost the game, we earned big respect there.”

Working to overcome some mental lapses this early in the season, Zanders knows this team is going to push themselves to overcome mental blocks during tournament play.

“This team is as talented as any team I’ve ever coached during my 17 years of coaching,” Zanders said. “We play a fast-paced up-tempo style of offense and a pressure-relentless style on defense. In general, we are an extremely fun team to watch because anything can happen: dunks, lay-ups, 3-pointers…we can do it all.”

Sophomore Venice Washington believes that he and his teammates will continue to succeed and build on past success.

“As long as everyone plays their role and executes, we should be fine because we have the talent,” Washington said. “The team will be a lot of fun to watch and everyone should come out and support the program because we do not plan to let anyone down.”

With four seniors and three juniors out of the 27 players, the men are still young, leaving time for many members to continue working hard toward a strong program.

Zanders knows that even with a small number of upperclassmen, leadership will help shape the overall attitude and desire to win for the basketball program at Simpson College.

“The attitude of the guys has been great,” Zanders said. “They want to win. They want to be IIAC champions. They want to play in the NCAA tournament. They have worked hard in the classroom, as well as the basketball court, leaving me honored and privileged to be their coach. Great things are in store for the Storm.”