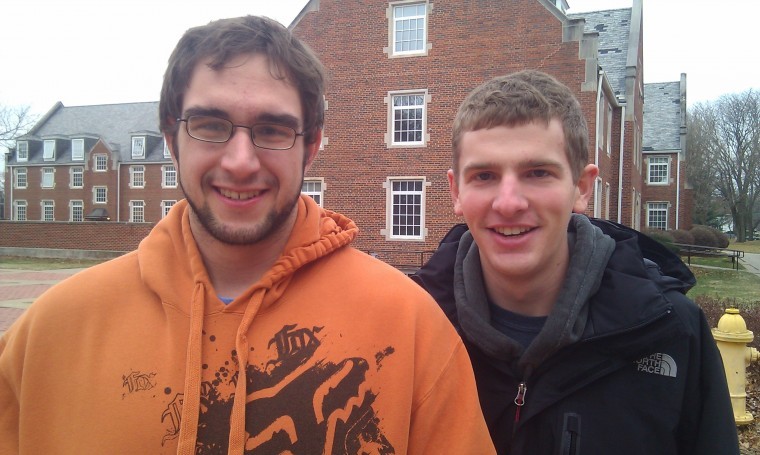 by Jordan Glawe and Michael Schwery

The Simpson College Students In Free Enterprise (SIFE) team is hard at it again trying to collect non-perishable food items for the local food pantries in the greater Des Moines area.

After collecting 7,000 pounds last school year, the team began the year with hopes of expanding the project and making it a SIFE staple.

It is estimated by the United Nations that there are 1 billion people worldwide who are malnourished. The problem is prevalent everywhere, even the state of Iowa.

The Simpson SIFE team is trying to change that, starting in Indianola. That is why we have set a goal of collecting 25,000 pounds of food this school year, all of which will be donated back to local food pantries.

SIFE is employing a similar strategy as it did last year, collecting items in Indianola through door-to-door collection.

For the past two months, team members have walked around pre-specified sections of Indianola on Friday nights, leaving plastic bags, donated to the organization by Fareway or Walmart and a small flyer explaining the program.

The bags were then picked up the following Monday. This door-to-door method was SIFE’s most successful mode of collection last year, but with much loftier goals and cold weather ensuing, SIFE is expanding this project in more ways than one to find a supplement for the winter months.

One way that SIFE is expanding the project is through their partnerships with the Indianola Walmart and Fareway stores.

Throughout the holiday season, SIFE will have donation carts set up at the door, so anybody who walks into Walmart or Fareway will have a chance to donate to the cause.

We are also working to get can collection centers set up at other grocery stores in the area, including other Walmarts and Fareways, as well as Hy-Vee stores.

As the project develops throughout the year, the local Rotary Club, Simpson College Religious Life Community and Lambda Chi Alpha fraternity will also be contributing to the collection process.

SIFE is also in the process of creating a cookbook with recipes for low-cost meals, which will be handed out with the canned food. This is just the first of what will hopefully be many side ventures with this project.

SIFE is committed to ending hunger in central Iowa and could use all of the support we can get.