Movie Review: The Devil Inside 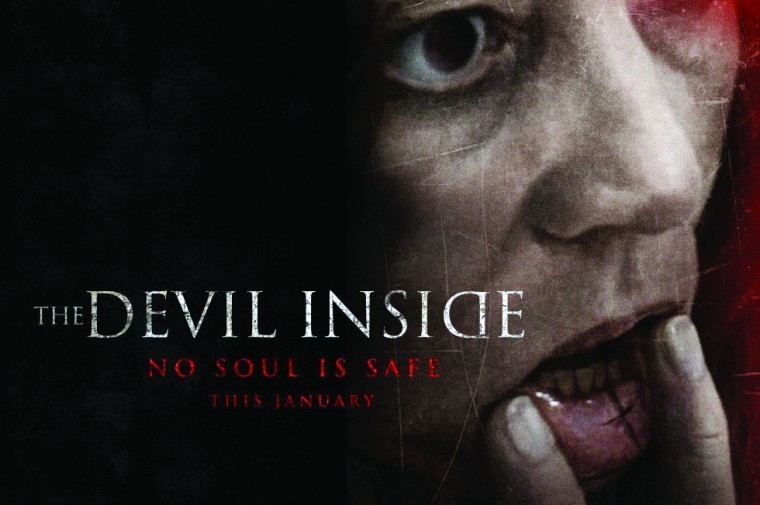 Catholic exorcisms, murders, high pitched music, blood and gore and screaming are all crucial elements to a movie about exorcism –yet this was not the case for The Devil Inside.

As my friends and I picked out a movie for our Friday night endeavors we wanted something that would entertain and excite us. Those feelings were satisfied, we left the theater pissed and shocked.

The movie started out with an intense scene of a murder, but after those first 10 minutes the movie went downhill fast. Here is what you need to know; a mother killed three people, during what we later found out was an exorcism, and was then sent to different mental houses around the world.

Many years later her daughter, Isabella, decided she wanted to visit her mother, so off to Rome she went, where the rest of the movie would take place.

When Isabella arrived she immediately started to study exorcism and witnessed a few real life exorcisms. Eventually the priests she had been working with performed an exorcism on her mother and found that she was inhabited by the Devil.

You would think that watching all of the exorcisms would be really freaky, but this was not the case at all.

I will admit that the special effects were legit and some of the exorcism scenes were intense and detailed, but not the scary I was expecting. The movie was extremely slow. I was expecting to be on the edge of my seat for the whole 87 minutes, but instead I found myself just sitting in my chair waiting for something to happen.

I can hands down say the scariest part of the movie was a barking dog. Also, I found the movie very confusing. There were so many different terms they kept referring to and the audience had no idea what they meant. I found myself asking my friends over and over again what that meant or what just happened, and they didn’t know either.

For a movie of this kind, scenes should be explained clearly and that did not happen. Unless you have a deep knowledge of exorcisms already, I would suggest studying up on your terms before seeing this or you will be entirely lost, as I was.

The movie began to move along only after the exorcism of the mother, which was toward the very end. Some kind of demonic transfer took place, another thing I did not understand, and some of the people present at the exorcism became possessed as well.

The ending was also anti-climatic, but I won’t give it away.

All in all, save your money, the confusion and a pissed off attitude and catch a different movie.