Kappa takes back Worth 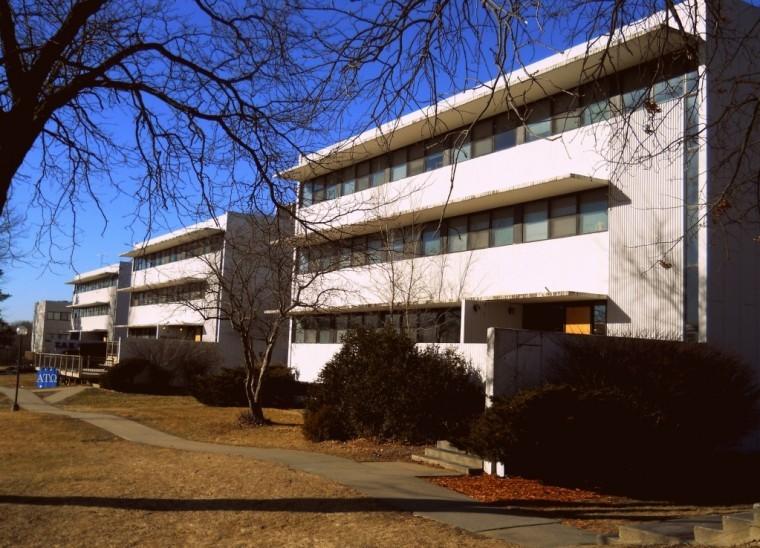 Kappa Theta Psi, Simpson College’s only local fraternity, will once again be the occupant of what is currently Worth Hall.

“It used to be Kappa’s house and then to my understanding they opted to find other housing because they weren’t meeting the requirements,” said Fred Seel, assistant director of residence life.

The boys of the fraternity should be able to move into Worth at the beginning of next semester.

“Starting next August when they move back in for work week they’ll move into Worth,” Seel said.

This change has been talked about for a number of years.

“As far as I know, since they’ve been out of there they’ve been like ‘well how can we get back in?’ and so this year has been a rebuilding year,” Seel said. “Since I started there’s been people asking questions, wanting to know what we can do, what needs to happen.”

Luke Behaunek, director of residence life, says that this is a conversation has been going on for a few years now.

“It’s been a conversation between the college and the chapter over the last couple years concerning what measures would need to be in place in order for it to be a feasible option for them as a chapter,” Behaunek said. “The main (measure) being, during that time, that they would need to reach a certain threshold of membership. For the college at this point it seems that they’ve definitely made significant strides in increasing their membership and their outlook is positive as well.”

Senior and member of Kappa Theta Psi Kirk Ford confirmed that moving to Worth has been an ongoing process.

“It’s been our goal for the past couple years,” Ford said. “With gaining membership, it has almost been an expectation that we would be able to move back onto fraternity row because currently we are split up into two different theme houses. Before it was Worth, it was Kappa so it’s kind of like going back home.”

There is a lot of excitement within the fraternity to move in.

“For me, every day I walk past Worth I just get more excited to move in,” sophomore Dustin Peters said. “It’s going to be a big success for us. It’s something we’ve been trying to achieve for quite a while now and now that we’ve actually been able to do it, we’ve actually been shown ourselves reliable enough that the school is trusting us and giving us back Worth. It’s a really great feeling.”

One topic of excitement for the members is that they will all be able to live in the same house. Currently, they live in two separate houses on E Street, referred to as “Kappa Main” and “Kappa North.”

“When I’m just hanging out at the house, there’s a group of people missing because they’re hanging out at the other house,” sophomore Mike Henry said. “So I’m really excited for all of us to just be under one roof. The experience of living in the house right now is just fantastic. I can’t wait for that to be even better when we’re all completely as a group.”

The move into Worth will also benefit Kappa Theta Psi in terms of recruiting.

“I know that for Kappa Theta Psi as an organization it’s beneficial for them to be seen on par with the other Greek fraternities,” Behaunek said. “Certainly being in that same location with them in a house that is a similar size and a similar setup as the other chapters will be beneficial to them from a recruitment stand point.”

Seel believes that having Kappa Theta Psi in the same area as the other fraternities will be beneficial to the fraternity as well.

“Putting all of Greek row, essentially all the Greek fraternities will be right there next to each other, while they’re doing recruitment activities as they have traditionally been done where they have to go from house to house it’s really simple now because they can just walk down the row,” Seel said.

There do not seem to be many concerns about the move.

“Worth right now is being used as second year housing,” Seel said. “Due to occupancy numbers it sounds like we’ll have enough other available spaces on campus that no one will necessarily be displaced.”

“We ran some projections on next year’s housing and the number of spots we’ll need and it looks like it will work out pretty well,” Behaunek said.

Both residence life staff and members of Kappa Theta Psi are excited for the move.

“It’ll be nice to get back into the old house,” sophomore Michael Frank said.

“They’re looking forward to it, and if it makes them happy, it makes me happy,” Seel said.