Forum class to be cut 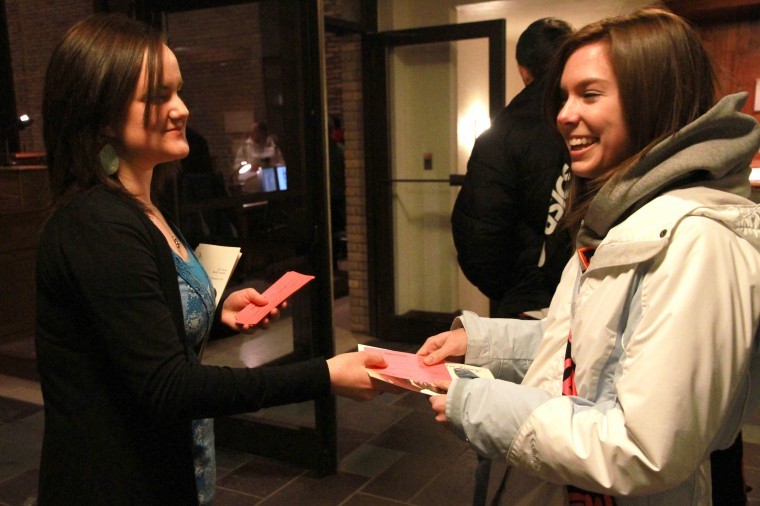 This spring will be the last semester that students can attend forum events for credit however the events themselves will continue.

Forum director Brian Steffen, along with the educational policy and curriculum committee, senior administration and the academic dean discussed the issue for quite some time.

“It’s a decision we’ve made with some level of regret, but it’s really necessary for a number of reasons,” Steffen said.

Steffen credited one reason for the decision to the vast changes the college has undergone since the class was introduced.

“I think we all have reached a consensus that in order to continue the program, we would have to make a lot of changes in that it would make it much more unpopular among students and serve frankly as a disincentive to participate,” Steffen said.

The class was already established when Steffen first arrived at Simpson over 20 years ago, a time when Simpson had around 900 students.

Faculty worried however, that no students would come to the events. As an added incentive, they decided to offer students credit for attendance. At this time, around 20 forum events per term were offered.

Now, 20 years later, Simpson has grown in more ways than one. The student population has increased to around 1,500 students, which also led to an increase in forum attendance.

The number of forum events has also substantially increased over the years, with 65 events scheduled for this spring alone. That’s an average of four or five events per week.

Another more recent change has been the adjustment from courses being worth three credits to being worth four, which provides less incentive to take the class because the credit isn’t necessary.

Before the curriculum change, that one credit could prove very valuable. Now, students are able to take 16 credits in one semester. This change definitely hurt forum attendance. According to Steffen, participation has decreased by approximately half in the last year.

For junior Leslie Downing, one of the 28 students enrolled in the class, the credit still has value. Downing planned for the extra credit each semester in order to have the 150 credits needed to sit for the CPA exam after she graduates.

“I know I need 150 credits by the time I graduate, and I had it planned to where I’d be sitting right at that amount before they chose to remove the forum class,” Downing said.

“I just hope I can find some other class worth one or two credits for those semesters that work with my schedule because I don’t want to have to pay the extra cost of taking more classes in the summer.”

“I’m disappointed that they’re not going to have the class next semester since I was just going to bank on that credit to graduate,” Lahart said. “I’ll have to take another four credit class or something else so that’s a little disappointing.”

Another deciding factor has been the change in what is needed to receive credit for the forum class, as students are required to spend a certain number of hours on each of their classes.

In the new curriculum students would have to participate in the forum program for a minimum of 35 hours per semester to earn one credit.

“In order for a student to get credit they’d have to go to a lot more events, maybe even double the number,” Steffen said. “And our anticipation is that it would become a lot less attractive to students at that point.”

Steffen doesn’t think the lost incentive of receiving credit will have much of an impact on forum attendance.

“Of the 35 people that attended last night’s forum event, only five were in the class,” Steffen said.

While Downing and Lahart both admit to attending the forums mainly to get the credit, they agree they would still attend some events without the incentive.

“There are quite a few good opportunities for networking as well as just gaining a new perspective on things,” Downing said. “Personally, a lot of the ones I have been to I’ve mainly gone to just because of the class, but they’ve provided me with a lot more knowledge about things I wouldn’t have known much about before.”

Lahart said the events offer a chance to get out of the room, get involved and learn more things.

“I think it’s a good tool for kids to get out and learn more by attending the events,” Lahart said. “Some of the events are student led and they like to have their peers there supporting, not empty seats.”

Steffen is not worried about the outcome of this decision.

“My belief is that this will have little effect on Simpson forum,” he said.