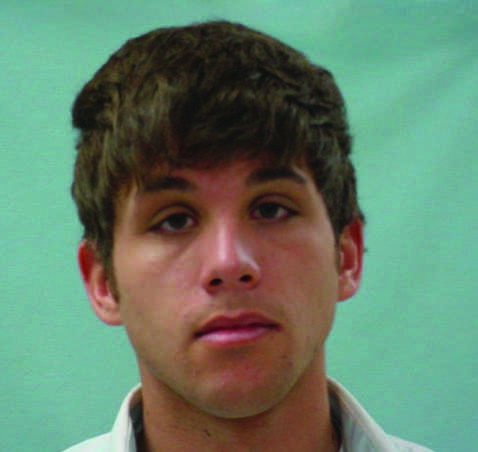 At the time, Lipovac, 26, was a third grade teacher at Winterset Elementary but was put on leave after Dec. 15, 2011, when an investigation began into an allegation that Lipovac had had “inappropriate physical contact” between one or more high school females, according to the Iowa Department of Public Safety.

The arrest warrant read that “while employed as a school teacher with the Winterset Community Schools, (Lipovac

allegedly) kiss on the mouth and rub the clothed pubic area of a female, referred to as MAM, who was known to Lipovac as students within the Winterset Community School system.”

A similar complaint was made with a female referred to as ACC.

Lipovac has been released from the Madison County jail.

Former Simpson student Tim Lone played football with Lipovac and said he was surprised by these allegations.

“When I heard what happened I thought it was a really bad joke or something, and I didn’t really believe it,” Lone

said. “I never would have expected him to show such a huge lapse in judgment, but I guess that’s usually what you hear people say in situations like this. Drew always struck me as an intelligent guy who really had his head on straight, so from my perspective this seems way out

of character for him.”

“During the ﬁrst education class, there are discussions of ethics in education and there is an Iowa Department of Criminal Investigation review,” Crawford said. “During the student teaching semester, students complete a full FBI background check. They learn about ethics and professionalism throughout our program, and we assess students in these areas on an ongoing basis.”

Crawford says that the department keeps a close eye on its students throughout their time at Simpson.

“We do everything possible to thoroughly screen and evaluate our program graduates,” Crawford said. “The vast

majority of our students become excellent teachers, including this year’s Iowa Teacher of the Year.”