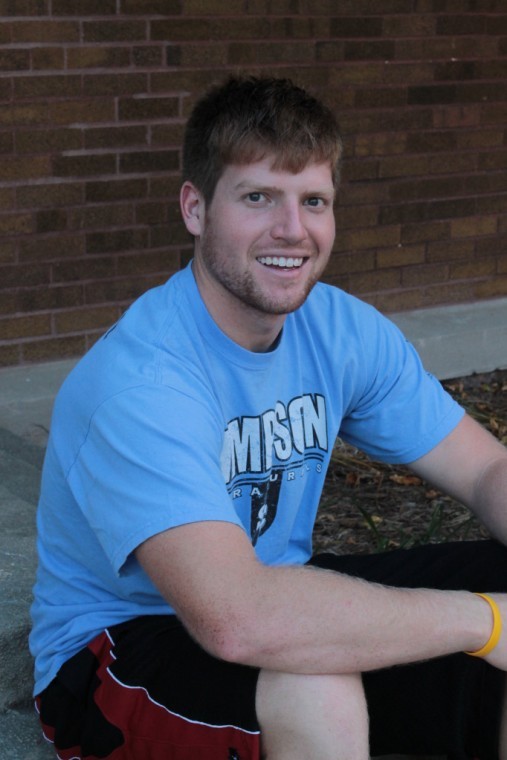 The starting quarterback for the Broncos is talking to a seven-year-old just minutes before kickoff in the biggest game of his professional career. Most NFL organizations would be cringing at the sight of this, but not the Denver Broncos; they believe in this man despite all of the criticism he has received all season.

A throwing motion that still needs improved, a 46 percent completion rate, and a man who publically admits that winning or losing is not the most important thing to him. No wonder there are so many admitted “Tebow Haters.” Timothy Richard Tebow, the quarterback for the Denver Broncos, is one of the most beloved, yet scrutinized players in the NFL.

The guy has sold the most jerseys in the NFL this season. Not bad for a player who didn’t start until the sixth week of the season. Tebow led the Broncos to six straight wins with four in a row being come-from-behind victories. Tebow helped Denver win the AFC West after being in last place after week five with a 1-4 record.

Why do people despise this quarterback so much? Is it his lack of a prototypical NFL arm? Is it the way he gives thanks to God after every game, interview, or really anything for that matter? Maybe it’s his style of play which is a combination of read option runs and power plays, which is looked at as inferior in the pass-happy NFL of today?

It’s really a combination of everything mentioned before and a sprinkle of jealousy on top to create the perfect mix of Tebow Haterade.

Brian Urlacher, a middle linebacker for the Chicago Bears, after losing to Denver in the fourth quarter, called Tebow “a good running back.” This is just one of many stinging backhanded compliments Tebow received virtually every week.

After the Broncos’ win over the Bears, where Matt Prater kicked two field goals over 50-yards, no one gave Tebow credit for the comeback, and deservingly so.

Tebow really did nothing to help the Broncos get in field goal position at the end of the game. This one game cannot diminish any of his comebacks before this game though, which included a 95-yard game winning drive versus the Jets.

His lack of throwing ability was on display all season with passing performances of two completions on eight attempts and then another game where he only completed nine of 20. This only added more fuel to the fire for the critics on why Tebow was not an NFL quarterback and did not deserve to start. Even NBC’s Saturday Night Live took shots at Tebow, performing a skit where God tells the Broncos that he is the only reason they have been winning.

Don’t even get people started on Tebow’s habit for using Lord, Jesus or God every third sentence. This is probably the one reason I hear the most from people who don’t like Tebow. The fact that he does it so much can be annoying, but it is his right to believe what he wants and he never says that his game is the most important thing in the world; Tebow always thanks God for being healthy and the opportunities he has been given.

Whether or not you are a Christian, or think that you could complete more passes on Sunday then Tebow, you should know one thing and one thing only about him: the man genuinely cares about people.

I don’t know if you can find a man who has a bigger heart and uses his fame for the right reasons. Tebow is a Heisman winner, three time All-American and Sports Illustrated College Football Player of the Decade. He started 13 games as an NFL quarterback this season, and for every game he invites a person who is sick or dying to wherever he was playing that week.

Rick Reilly wrote a story about Tebow and his ritual this season. Tebow flies the fan and family out, buys them dinner, rents them a car, puts them up in a hotel, gives them tickets on the 30 yard line, talks to them pregame and postgame and then flies them back.

That’s right. Tebow talks to them pregame, sometimes minutes before kickoff. In the billion-dollar industry of the NFL this is frowned upon. Tebow is paid to win games not to chat with fans. He says the people he flies in inspire him and remind him that what he does is just a game and he is just lucky to play.

Win or lose, 2-20 or 19-20, Tebow always chats with his guests after the game and always sends them off with a smile and a gift basket. It’s only fitting that the majority of this column discusses football and only a fraction discusses Tebow’s work off the field, because that’s how it is everywhere all of the time.

Don’t let me forget to mention the thousands of hours and millions of dollars Tebow raises each year for hospitals and healthcare in Florida and the Philippines.

Because of his deficiencies as a football player Tebow might not be one of the best quarterbacks in the NFL, but I am confident in saying he is the best human being in the NFL.