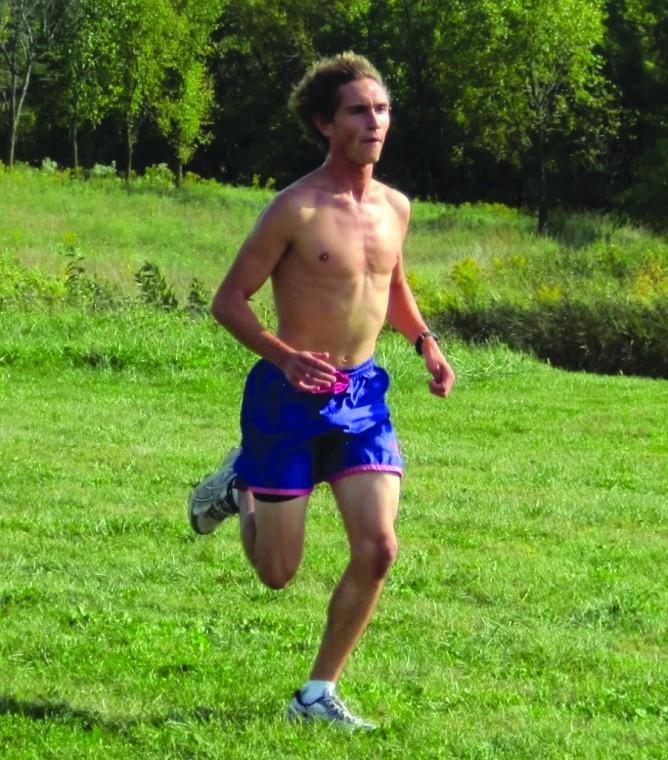 Senior cross country and track athlete Ryan Edwardson has a checklist of accomplishments, but this newest one may be the highest honor of all.

Edwardson earned All-Academic Cross Country status as bestowed onto him by U.S. Track & Field and Cross Country Coaches Association this month. This is the equivalent to being an All-American, but on the academic side of things. Edwardson is one of 141 to receive the award nation-wide.

“I do my best to put academics first even though I love running,” Edwardson said. “Academics come first since I don’t think I’m going to run professionally. There are more important things, and school and grades are definitely more important.”

“They have been very focused to keep us in check throughout the cross country and track seasons,” Edwardson said.

The Spencer, Iowa native goes on to say that while most teams require their freshmen to do study table in the fall, the coaching staff of Dave Cleveland, Heath Moenck and Ben Robison require all runners to participate.

“It sends a message that all of us need to focus on academics, not just freshmen or those who have fallen below our standards,” Edwardson said. “It’s a team-wide thing.”

Even though it is a team-wide epidemic of wanting to do well in the classroom, Edwardson’s accomplishment defines what a student-athlete should be.

“A young man like Ryan is the embodiment of all those words with a special emphasis on integration, which we view as exemplary work in the classroom and in athletics,” said Chuck Yrigoyen, commissioner of the Iowa Intercollegiate Athletic Conference (IIAC). “Our vision statement in the Iowa Conference is ‘Integrity – Integration – Achievement – Character’ to match the four letters: IIAC. Ryan certainly follows those standards.”

To Edwardson, it all comes down to maintaining focus.

“We’re not just here to run,” Edwardson said. “We realize academics will make a further impact in our lives.”

Moenck said Edwardson has a competitive spirit, and the senior runner realizes his competitiveness out on the track or course carries over into the classroom.

Edwardson points out that he’s not the only good student on the cross country squad.

“I don’t even have the best grades on the team,” Edwardson said. “It’s great that we have that. It’s part of our culture to do well and be disciplined in everything we do as a team.”

Teammate and junior Mitch Davis also realizes that those qualities of discipline and hard work athletically can spill over into the classroom as well.

“I guess it might be that we are used to having to put a lot of time into something to get anything out of it, so we apply that to schoolwork as well,” Davis said. “It’s a weird thing to think about, but I guess it is true.”

Davis ran beside Edwardson for three years and he has seen how much hard work the All-Academic runner puts in.

“Eddy is a leader by example,” Davis said. “He isn’t the most vocal leader, but he is a very hard worker. That hard work has paid off for him in the last couple seasons and it has shown the rest of us what it takes to run at that high of a level, and we feed off of that.”

Part of Edwardson’s spirit of the hard work mentality is how much he hates to lose, and it’s not just on the track that he is competitive.

“I hate to lose, I can’t describe how I refuse it,” Edwardson said, “I try not to let bad grades happen, but when they do, I use it as motivation. I strive to get the highest grade possible every time.”