Cowles renovations planned for the future 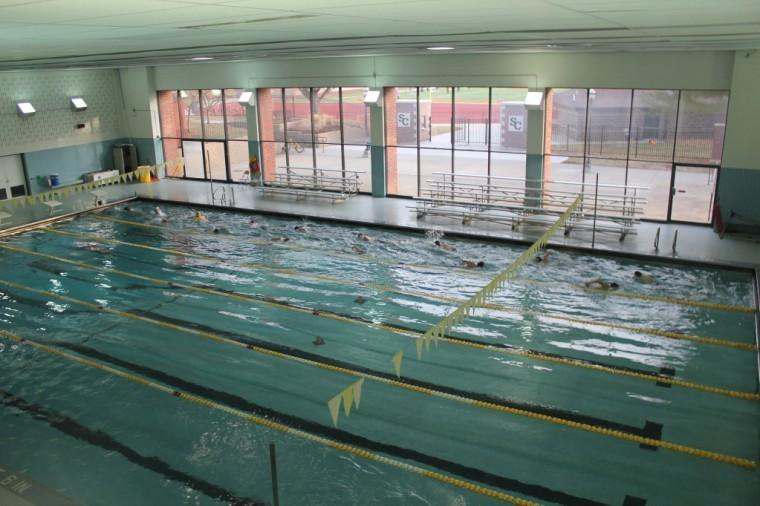 by Alex McCarty and David Adams

Simpson College will be getting a sparkling new student center and plans to renovate the Cowles Center are in the initial stages of development.

Athletic director John Sirianni has been spearheading the plans, and is very excited about the direction in which they’re heading.

“Over the last couple months, we’ve been doing an in-needs analysis and an assessment of athletes, students, faculty, and different educational departments on campus to determine the needs that we have as far as fitness, strength and conditioning, academics and the exercise science area,” Sirianni said.

The same architectural firm that designed the Blank Performing Arts Center and the Kent Campus Center has also been working with the athletic department to start bringing this vision to life.

“SVPA, Savage-Ver Ploeg and Associates, has been working with us to put together some schematics after we met with a variety of constituencies on campus,” Sirianni said.

Sirianni was unable to go into great detail with the plans, but did say that this is something he believed would put Simpson at the level it needs to compare to other schools in the conference, athletically and academically.

Cowles Fieldhouse, where the basketball court and 160m track is located, was expanded during the summer of 1998. Since that time nearly all of the current IIAC schools have since expanded or built new facilities. Simpson is looking to upgrade and become more competitive to boost recruiting.

“Anytime you have something kind of new and shiny it certainly attracts kids, and also helps with growth and prosperity on campus,” Cleveland said.

The plans include not only renovations to the weight room and wrestling room, but also offices and academic classrooms as well. The fact that these renovations not only benefit the athletic program, but also the academic side of the equation has many people around Simpson excited.

Program Director of Athletic Training Mike Hadden is one of many who are eager for the renovations.

“From an academic point of view it will enhance our education process because we will have a sports science lab which will allow us to add more elements to the classroom,” Hadden said.

By incorporating better classrooms and more office space, the renovations affect the campus as a whole rather than only the athletics and sports science departments. All students will be able to enjoy the makeover to the athletic complex very easily since the Kent Center will be attached on the north side of Cowles.

While the new facility will bring exciting opportunities for many years to come, currently they will tie together all of Simpson’s latest state of the art projects.

“Just from a complete student athlete standpoint, anything that we do where we’re connecting a new student center and a new track, we kind of bookend our new facilities, and then to upgrade the current facilities is really neat,” Cleveland said.

The plans are in place, but a lot of work has yet to be done and no date has been set for completion of the project. Sirianni was very happy with how the plans were going and believes they are doing very well with the process.

“All the deployment work is done and now we are moving to the next stage of trying to determine what kind of donor interest there is out there,” Sirianni said. “Then we’ll move forward as quickly as possible. We have to work with the president, the business office and the Board of Trustees, and coordinating all of those different entities, we’re going to move forward as quickly as we can.”