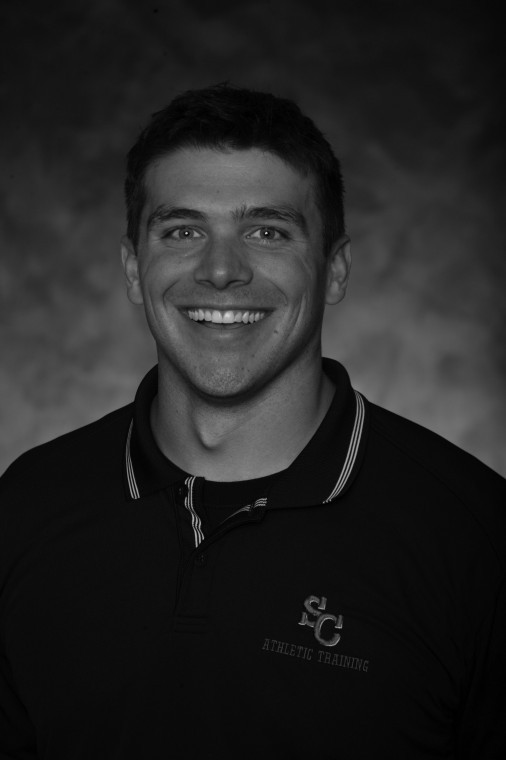 Athletics Marketing Director Nate Seberg dared students to take risks during his time at Simpson, and now he’s taking one himself.

Seberg recently decided to leave the athletic department to become a sales representative at Willis Auto Campus in Des Moines.

“I’m excited and scared to death at the same time,” Seberg said.

His reason for leaving is something he has been teaching to young men and women throughout his time within the athletic department.

“I always keep telling kids to go and take a risk and try something,” Seberg said. “I said to myself, ‘Are you willing to take your own advice?’ I obviously said ‘yes.’ This was the type of opportunity that presented itself, and now I sort of am taking my own advice.”

Seberg received the call from Rich Willis, who is a Simpson alum and sits on the Board of Trustees. Willis also owns and operates one of Des Moines’ largest auto dealerships, specializing in high-end luxury cars. Seberg and Willis got to know each other from Willis’s participation in the Wayne Carse Golf Classic.

“We started talking and kept the conversation open and he offered me a position,” Seberg said. “Once I got offered the job, it was like no way can I turn this down.”

He also points out that coming from a business-minded family led him to changing his job title.

“In business, everything is evaluated on risk and reward; how risky is the decision and what are you going to get out of it?” Seberg said. “It’s not just like that in the business world. In football and basketball, coaches choose to take risks in games which may end up in a higher result.”

He does point out, however, that leaving just after the spring semester started is awkward timing.

“The timing is kind of odd with so many things going on at Simpson, but my decision has nothing to do with the turnover and flux happening here at the college,” Seberg said. “It was simply me being presented with an opportunity which I did not expect to come my way and couldn’t say no.”

While Seberg goes onto his next endeavor, Jesse Van de Krol, senior and athletic marketing undergraduate assistant is saddened that he’s leaving at such an odd time.

“I couldn’t believe it when I saw he was leaving,” Van de Krol said. “It doesn’t make a lot of sense to me.”

However, Van de Krol is appreciative of what Seberg has done for him and other students.

“He is the kind of human being I wish to be,” Van de Krol said. “I believe he goes above and beyond his responsibilities and does whatever is necessary to make something a success. I have never heard him criticize or speak negatively about anything. He is always positive and I have yet to catch him without a smile on his face.”

Seberg agrees that he does this for the students, and to see them grow into successful men and women.

“This is why I chose Division III in the first place,” Seberg said. “What I do isn’t for anything else except the students.”

Athletic Director John Sirianni realizes how much of a “utility player” Seberg has been.

“He has been invaluable in the projects that we have been working on,” Sirianni said. “He has been a tremendous asset to our program, and he is willing to do just about anything.”

Sirianni believes that his impact has been two-fold.

“His attitude and energy level are contagious,” Sirianni said. “The second thing is his quality of work and self-initiative to try new things and suggest new ideas. He has significantly improved the programs that he has worked in.”

Seberg says the one thing he’ll miss most is the relationships he builds with students throughout the years.

“I won’t lose those relationships, but I won’t be connected to the kids as much now,” Seberg said. “I’ll also miss getting to know all the freshmen who come here new. I loved seeing these kids grow up.”

That river runs both ways, according to Van de Krol.

“I also believe that he is the kind of person that can’t be replaced,” Van de Krol said. “No matter how hard you search and how many people you interview, it may be impossible to replace Nate Seberg. He is much much more than a vacant position on Simpson’s staff. He is a coach, role model, and an incredible person who will be greatly missed.”