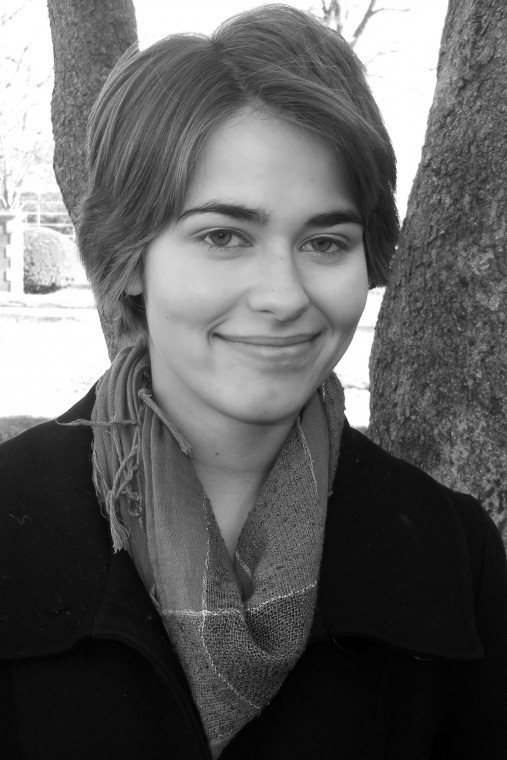 I admit it. This was weird for me.

As a 10-year resident of Indianola and a freshman at Simpson College, the issue of whether or not to close C Street has been a confusing and difficult issue for me to navigate.

But now, I have a solid opinion on the matter.

Let’s put the debate in context with what has been happening at Simpson this year. On Sept. 29, the Simpsonian printed an article quoting the administration saying that the total enrollment for this year has gone down by 7.9 percent.

The very next week, Ken Birkenholtz said the impact on the budget from lowered enrollment was “a little over one million negative.”

In January, it was confirmed that 10 positions were cut from Simpson College due to budget constraints. And now we want to buy a street?

C Street is ugly and falling apart and something does need to be done about it. However, Simpson College is not in the right financial state to be taking on consideration of a whole new construction project.

The benefit of additional beauty to the campus isn’t a big enough sell for me. I’m sorry, but we have a gorgeous campus. We’re located right next to Buxton Park, one of the prettiest spots in the city.

Additionally, the idea of incorporating an ‘events plaza’ for the city is pointless. When Indianola has a town event, such as Bike Night or Bluegrass Tuesdays, it goes on the square.

Sometimes streets are blocked off, but these events draw people to local businesses and keep the small-town feel in a growing city like Indianola alive.

Moving even a few of these outdoor events to campus-owned property may help Kent Campus Center’s (KCC) Starbucks, but what about Uncommon Grounds, Indianola’s local coffee shop? Keeping city events on the square is better for local businesses and the town as a whole in the long run.

The issue of safety is unconvincing to me as well. If the biggest issue is visual – cars can’t see students – then let’s look at a radical solution. Install a stop sign where students cross. Or ban parking on the road.

If we really do have enough parking spots on campus, clearing the street of cars won’t harm us. But the truth is, I have not heard of any evidence of an accident where a student on their cell phone or listening to their iPod stepped out in front of a moving vehicle and was hit.

I know how to stop and look both ways. Listening to music or texting doesn’t make me blind. Yes, the possibility of an accident is there, but there are other solutions to making the road a safer place to drive on and walk across than closing the street entirely.

With the opening of KCC coming closer and plans to renovate areas of Cowles, Simpson has enough on its plate without the added stress of buying and closing a street from the city.

Here’s my proposal: let the city deal with the cost of fixing C Street. Once it is redone and KCC is opened, the visual beauty of the area will be boosted dramatically.

Simpson College is small enough that a street making its way in between Cowles and Kresge does not cut the campus apart. We are a very close and connected campus, and I believe we will remain that way for a long time, with or without C Street.