Sports compete off the field for practice time 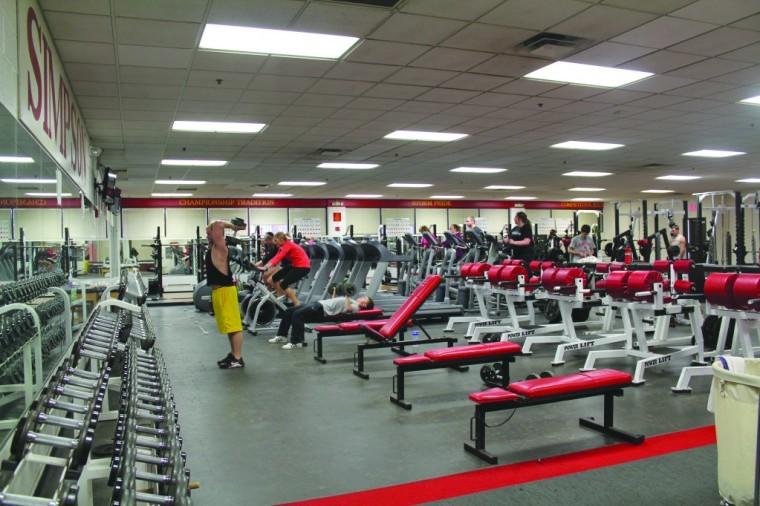 Athletes at Simpson are pressed for time this season as Hopper Gym has become the temporary student center.

Basketball, track and field, tennis, baseball and softball have all been forced to give up 30 minutes of practice as they try to make things work in Cowles. With the Kent Campus Center under construction and Hopper as the makeshift student center, the sports teams have to make do with only Cowles.

Athletic Facilities Manager Ryan Sander said that planning for so many different sports takes a lot of work. Even when Hopper was available, he still had problems accommodating all the athletic teams.

“Cowles is almost full since all the sports are going on right now,” Sander said. “It will fill up more on Feb. 1 since baseball and softball will be starting.”

With teams sharing indoor practice space, Simpson athletes really have to work together this year to get the most out of the practice time that is available.

“We’ve all had to give and take a little bit this year,” Sander said. “All the teams are a bit more accommodating this year, though, knowing the situation we are in with the student center.”

However, with only one place to practice, many teams, such as the women’s softball team, have gotten stuck with different practice times than they’ve had in the past, forcing the team to practice an hour later than prior years.

“Last year we would usually start around 4 or 4:30 p.m.” Vampola said. “This year practice is running from 5 to 6:30 p.m. I don’t think it’s too inconvenient, it’s just the lack of time really cuts back on what we can get done.”

Softball coach Henry Christowski said he has mixed feelings about the lack in practice times.

“This is my 17th year,” Christowski said. “I’ve never went into a season with this little practice time.”

With softball and baseball being outdoor sports, there isn’t really an alternative place to practice. While this winter has been mild and teams have been able to practice outside, there is no guarantee that it will continue, leaving the teams with no choice but to share indoor practice space, Christkowski said.

On the other hand, head baseball coach Ben Blake said he believes his team will be all right with the cut in practice time. Their regular practice time this season starts at 8 or 8:30 p.m.

“We actually use a hitting facility here in town, called The Yard, to do all of our offense work,” Blake said. “It actually works out for us to practice late. We’ve always accepted later times so we can have our defense in Cowles and our offense at The Yard.”

Blake also said he does not have an issue with the players having a few extra days off.

“There are maybe a couple days with games on campus where it didn’t look like we could get in anywhere,” Blake said. “I’m not opposed to giving them a couple extra days off anyway, since we hit it pretty hard.”

Vampola said she is hopeful that the softball team’s performance won’t suffer because of the cutback in practice time.

“I could see it affecting team dynamics more than anything,” Vampola said. “We are planning on meeting a half hour early to start running and stretching. As soon as the gym opens up we are going to start running and throwing immediately, so we are trying to make it work.”

Senior baseball player Colton Calvert said he is remaining optimistic for the season. Although they have also shortened practice times, he said he doesn’t think it will cause a problem.

“I don’t think it will affect our performance once we get in season,” Calvert said. “It will affect our heads maybe at the beginning, but I think the team we have this year won’t be too affected by it. It’s just going to come down to adjusting.”