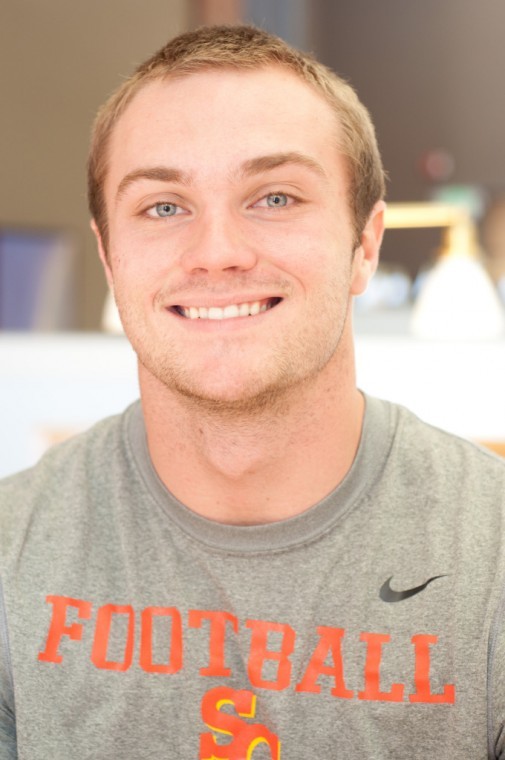 If you have yet to hear, four Texas Christian University (TCU) football players were arrested Wednesday, Feb. 15 in an extensive, six-month drug investigation for dealing marijuana to undercover police officers.

The drug investigation started after local community members and students of TCU filed multiple complaints to the Fort Worth police.

What you may not have heard was that a total of 17 TCU students were arrested in this drug bust, meaning 13 of them were not football players; just average students dealing illegal drugs. But still almost all the headlines last Thursday read, “T.C.U. Players Caught in Drug Sting” (New York Times), or “Four TCU football players arrested in campus drug bust” (Seattle Times).

There were hardly any headlines on Thursday, Feb. 16 that failed to mention the drug bust included TCU football players. All four of the football players’ names were released in papers across the country, but none of those news stories mentioned the names of the other students who were dealing harder drugs like cocaine, ecstasy and prescription drugs.

Does the football team deserve all of the blame when this is obviously a campus-wide problem? Even the police reports seemed to treat the football players more harshly than the other students who were dealing much more dangerous drugs.

A deal was made on the day of the arrest between TCU’s Chancellor Victor Boschini and the local police that nothing was supposed to be said that would single out the four football players arrested from any of the other 13 students before the bust was publicized.

One arrest affidavit, reported by Fort Worth Police Officer J.C. Williams, describes a conversation that the undercover officer had with linebacker Tanner Brock. The affidavit states, mid-drug buy, Brock said that “only 20” players on the team would come out clean on a random drug test. Williams then stated to another police officer: “What can they do? Eighty-two people failed it (drug test).”

An arrest affidavit is what police officers fill out when they want to secure a warrant for someone’s arrest. The officer is presumed to be under oath in presenting the facts and probable cause for the arrest in the affidavit. The officer stating 82 football players failed the drug test states nothing but the officer’s biased opinion. These random opinions stated by Williams and Brock were unfairly publicized and should not have been in the affidavit in the first place.

Granted, only five players failed the surprise random drug test given to the players before the drug investigation was publicized, not 82. But many news organizations used “82” in their initial stories, and failed to correct themselves when the number turned out to only be five, probably because it was controversial.

So why are football players held to a higher standard than the average student?

Simpson College head football coach Jim Glogowski, who has experienced football from the Division III level all the way to Division I, may have the answer.

“The thing is that it’s a not a right to play college sports,” Glogowski said. “It comes with the territory. Nobody complains about the coverage when TCU was in the Rose Bowl.”

Before this bust, TCU was the only AP Top 25 football team who did not have a single player with an arrest record. Along with that and the fact that they have had an extremely successful team over the past several years makes the team a prime target for this attack.

Although it was only four players, out of a roster of over 100, the whole team seems to be affected, even harsher than the school as a whole. These events will undoubtedly negatively affect the TCU football program for years to come. This will hurt the football program’s recruiting more than it will hurt overall school recruiting.

Although it’s true athletes should be held to a higher standard, news organizations across the country attacked the TCU Football program, making the team seem like a group of drug-infested hoodlums… far from the truth.